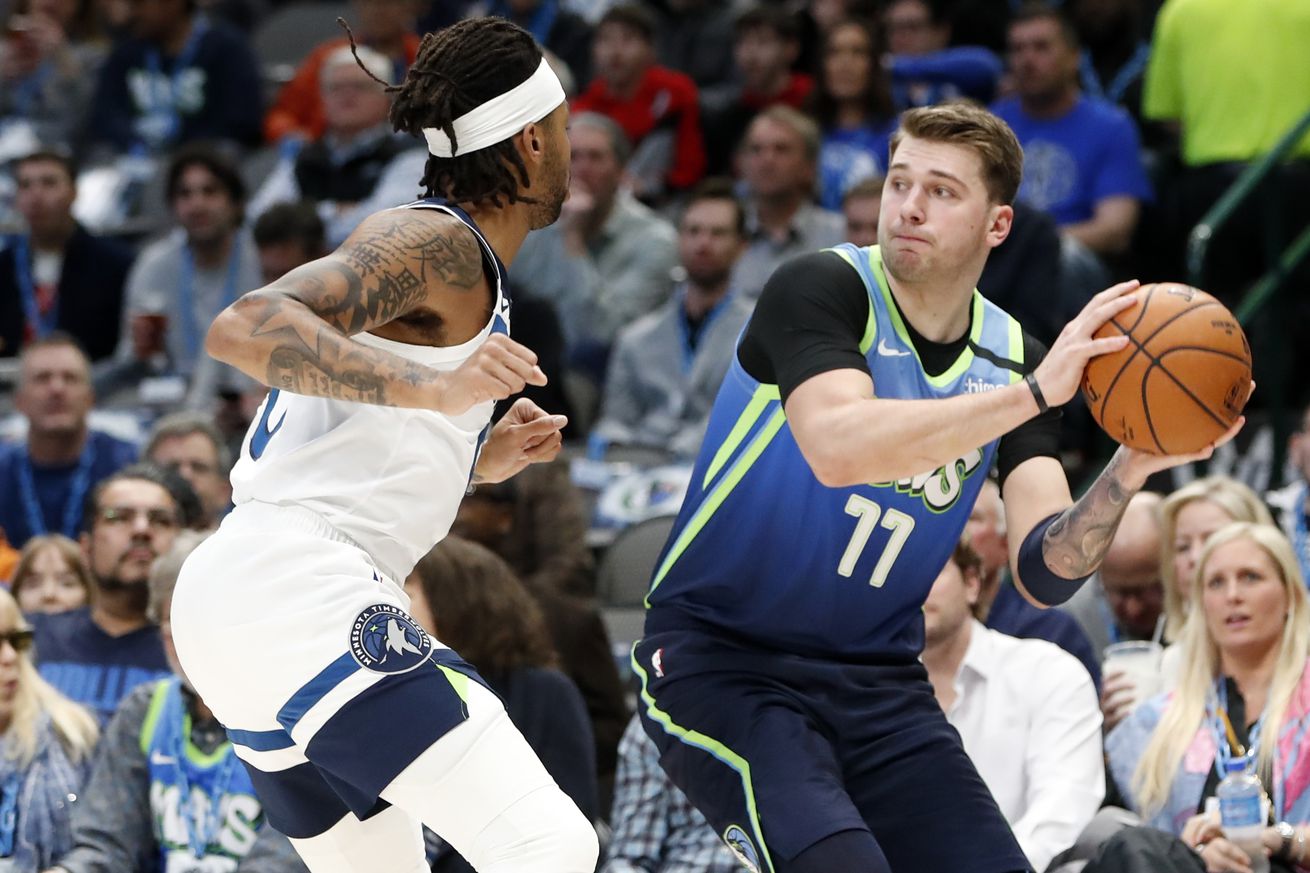 The “D” was nowhere to be found Monday night in north Texas.

After giving up 73 points in the first half on Sunday to the Denver Nuggets, the presuming notion was that the strategy entering Monday night’s contest would be “let’s tighten up things on defense.”

Entering the second night of a rare road back-to-back, the Minnesota Timberwolves followed Sunday’s dismal (yet hard fought) performance by somehow outdoing themselves once again — this time allowing an eye-popping 81 points in the first half to the Dallas Mavericks.

While the first 24 minutes were painful to watch, the second half wasn’t much better. The Mavericks entered Monday night leading the league in offensive efficiency, and the Wolves did everything in their power to ensure Dallas ended the night still on top. The Wolves did grind their way to a 31-29 advantage coming out of halftime, but quickly followed that up by getting outscored in the final frame 29-27.

If you’re looking for excuses or even optimism (at least when it comes to the defensive side of the ball), then you came to the wrong guy. Yes, I understand things like experience and familiarity are the building blocks of a good NBA defense, and it’s fairly evident that Wolves 2.0 currently lack both of those items. Regardless, both the front office and the coaching staff have preached countless times throughout the year that installing their “system” was the forefront of this latest rebuild, and that “system” currently has Minnesota sitting in the bottom 4 in defensive rating since the start of the new year (as well as the bottom 3 of the NBA standings).

While we’re on the subject of “disappointing Wolves topics,” how about Jarrett Culver? I never want to pick on a kid, especially someone who became of legal drinking age just a week ago. Being in your first-year of anything — whether it be college, a new job, or God forbid the National Basketball Association — is extremely difficult. I get it. But at this point in the season, Jarrett Culver’s development has quickly spiraled from “slowed down” to “stopped” to “uncontrollably headed down the wrong way on the interstate.” As ridiculous as it may sound, I still do believe that somewhere in that 6’6” frame is a good basketball player, but until he can discover even a below-average jump shot, his role on this team (and with this franchise) is very difficult to project going forward.

In an attempt to put lipstick on a defenseless pig, I should mention a few quick things — Malik Beasley continues to show that he’s up for the challenge of a bigger role, dropping 20+ points for the fourth time in six games since coming over from the Denver Nuggets (although I’m still not 100% sure he shouldn’t be a premier 6th man rather than a starting SG). Naz Reid continues to show that not only should he have been drafted in the 2019 NBA Draft, he should have gone in the top 20 or so picks. And finally, Kelan Martin continues to make a STRONG case for being a permanent fixture on the Wolves roster going forward, tallying an efficient 11 points (4-of-6 shooting), 6 rebounds, and 4 assists in just 15 minutes. Kelan has the salary of a G-Leaguer, the skill of a rotation player, and the swagger of a three-time NBA champ. I don’t know what the future holds for the Butler Bulldog in Minnesota, but I’m extremely confident that Martin will be securing a significant pay raise from some NBA franchise come this summer.