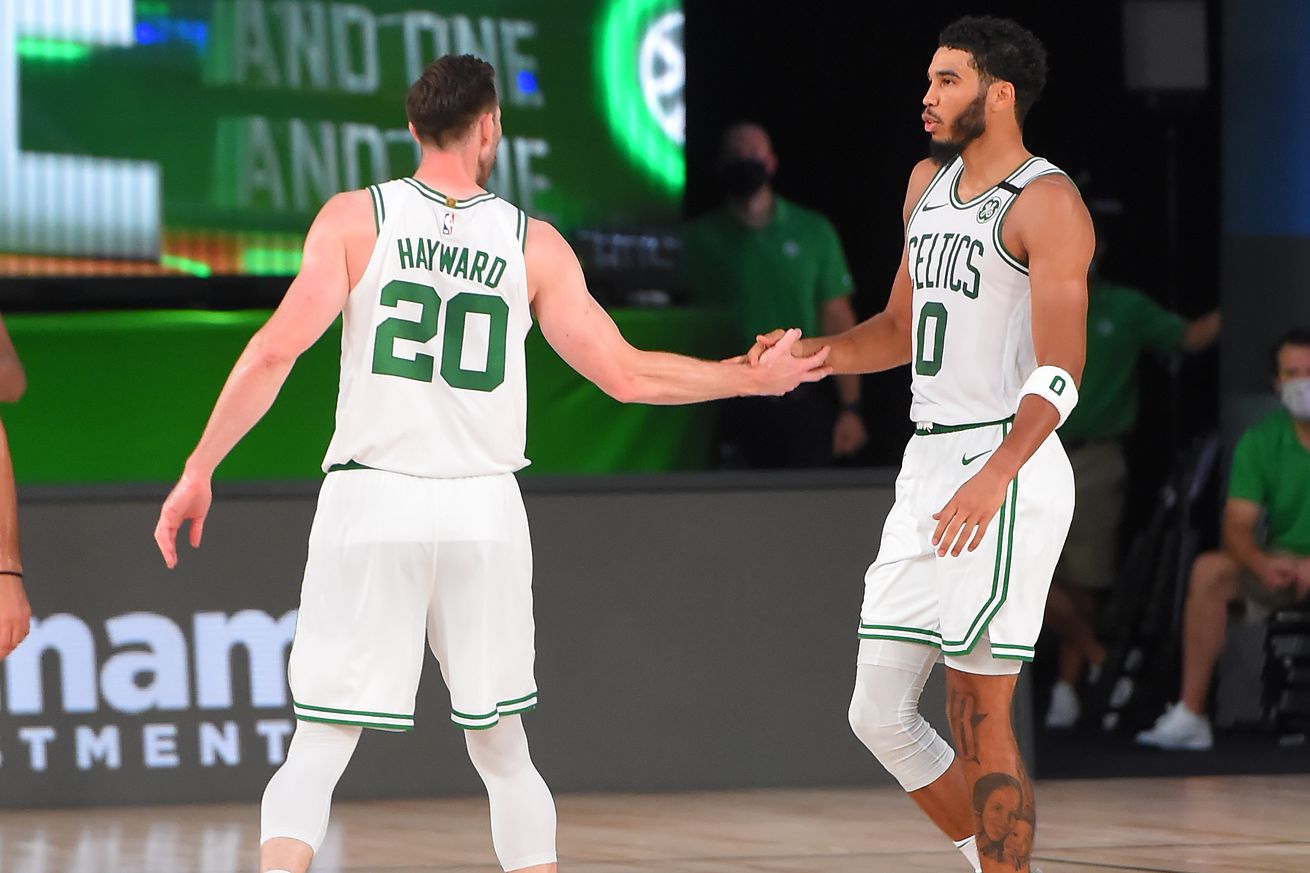 A look at the Battle for LA and the weekend ahead

Folks, we’ve done it. Basketball is finally back. Kudos to Adam Silver and the NBA for finding a way to make this work, and to do so safely thus far. There are still a lot of question marks moving forward as to how long this can last, but the early returns are good. Let’s recap the two games we saw last night and take a look ahead to the slate of games over the weekend.

To make a long story short, Brandon Ingram was awesome, but Donovan Mitchell brought the Jazz home. It was strange to see Zion Williamson not inserted for the final possession considering what was at stake.

What a way to get the season going. Two of the leagues three best teams battled for the final time in the “regular” season, with the Lakers evening up the series at two games apiece. All of the stars came out, but it was LeBron James’ defense that brought the Lakers home, as he swallowed up both Kawhi Leonard and Paul George on the final possession. Dion Waiters seems like he’s going to make a difference for LA.

Now, let’s take a look ahead to the key games for the weekend. As you’ll notice, the nice part about eliminating the eight worst teams in the league is that there’s an abnormal amount of really good/important games each day.

This is probably going to be a horrible game to watch, but it has very real league-wide implications. The Wolves want the depleted Nets to win every game they can, and these teams are in the heat of a battle for the right to get smacked by either the Bucks or Raptors in round one. As far as entertainment value, there really isn’t anything else here.

Two of the three main contenders for the eighth seed (along with New Orleans) face off right off the bat. Portland will be favored in the game due to the fact that their team is finally healthy (welcome back, Jusuf Nurkic). It’s going to be fun to see Ja Morant and Damian Lillard square off with such high stakes. For my money, Portland should be the favorite to force a playoff with Memphis, and anything can happen after that. None of these teams will give the Lakers too much trouble, but Portland can probably steal a game.

If Jayson Tatum’s superstar emergence from this winter was legit, these are the two best teams in the East. They present interesting matchup issues for eachother. Milwaukee is most susceptible against good pull-up jump shooting teams, and Kemba Walker, Jaylen Brown, Gordon Hayward, and Tatum certainly all qualify as that. On the flip side, Boston probably has the least amount of bodies to throw at Giannis Antetokounmpo that could potentially bother him of the East contenders. This is the game I’m most looking forward to this weekend.

Not only are these teams in a seeding race, but these teams are filled with high-profile superstars who promise to entertain. I’m excited to see Luka Doncic and James Harden battle, as many casual viewers will probably notice how strikingly similar their styles of play are. I’m also intrigued to see how Kristaps Porzingis handles the Rockets size, or lack-thereof. In theory, he should feast. In reality, I expect him to resort mostly to trying to shoot over the top of P.J. Tucker and Robert Covington, which doesn’t figure to be particularly effective.

These teams aren’t in a seeding race against each other, but these seeding games are really important for both of these teams with Conference Finals aspirations. The Bam Adebayo vs Nikola Jokic matchup is going to be a fun one between two of the best passing big men in the NBA. Also, will Jimmy Butler find his jumper in time for the postseason?

Here’s another matchup of Western Conference teams fighting for seeding. The Jazz are going to be a bit short-handed against a feisty Oklahoma City team. I know I’m not supposed to like Chris Paul, but what he and the Thunder have done this year has been nothing short of amazing. This will be a nice afternoon game before a few heavyweight primetime games.

The storylines here are pretty obvious. One would figure Zion Williamson and company will be ready to rock, but the Pelicans are severely short on wing defenders which is paramount against the Clippers. I’d expect this to be a fun one that ends in a double digit Clippers win.

I understand the Pacers aren’t the sexiest team in the league, but I’m still surprised this game ended up on League Pass. These teams are in a very heated seeding race, in which neither teams want to fall into the 6th seed where they’d have to (likely) face Boston in the first round. It’s one of the more important seeding games in the Orlando re-start.

Not much to say here. These are two of the five best teams in the league, and it should make for great television between defensive juggernauts.

This is a snoozer, but has playoff seeding implications for the Nets, so it’s important for the Wolves. This is also one of the few games the Nets have chance at winning, so it would be nice for the Wolves if Brooklyn could win this one.

There’s nothing super interesting in this one seeding-wise, but there’s a lot of great players in this game. That alone will be intriguing for entertainment purposes. Portland also needs every win it can get, so you know they’ll be going all out.

I struggle to get excited about any Spurs game, but they are technically in the postseason hunt, regardless of how unlikely their odds are. Obviously, getting a win against the incumbent eighth seed would be huge.

Star power galore, and these teams don’t seem to like each other much. James Harden (wrongly) feels like he should’ve won MVP last season, which causes some animosity between the two. Eric Bledsoe is lowkey one of the best defenders in the NBA against James Harden, mostly due to his strength and otherworldly length. I’d expect the Bucks to try to bully the small-ball Rockets lineup, and for it to work quite well.

Most of all, let’s enjoy us some basketball this weekend.