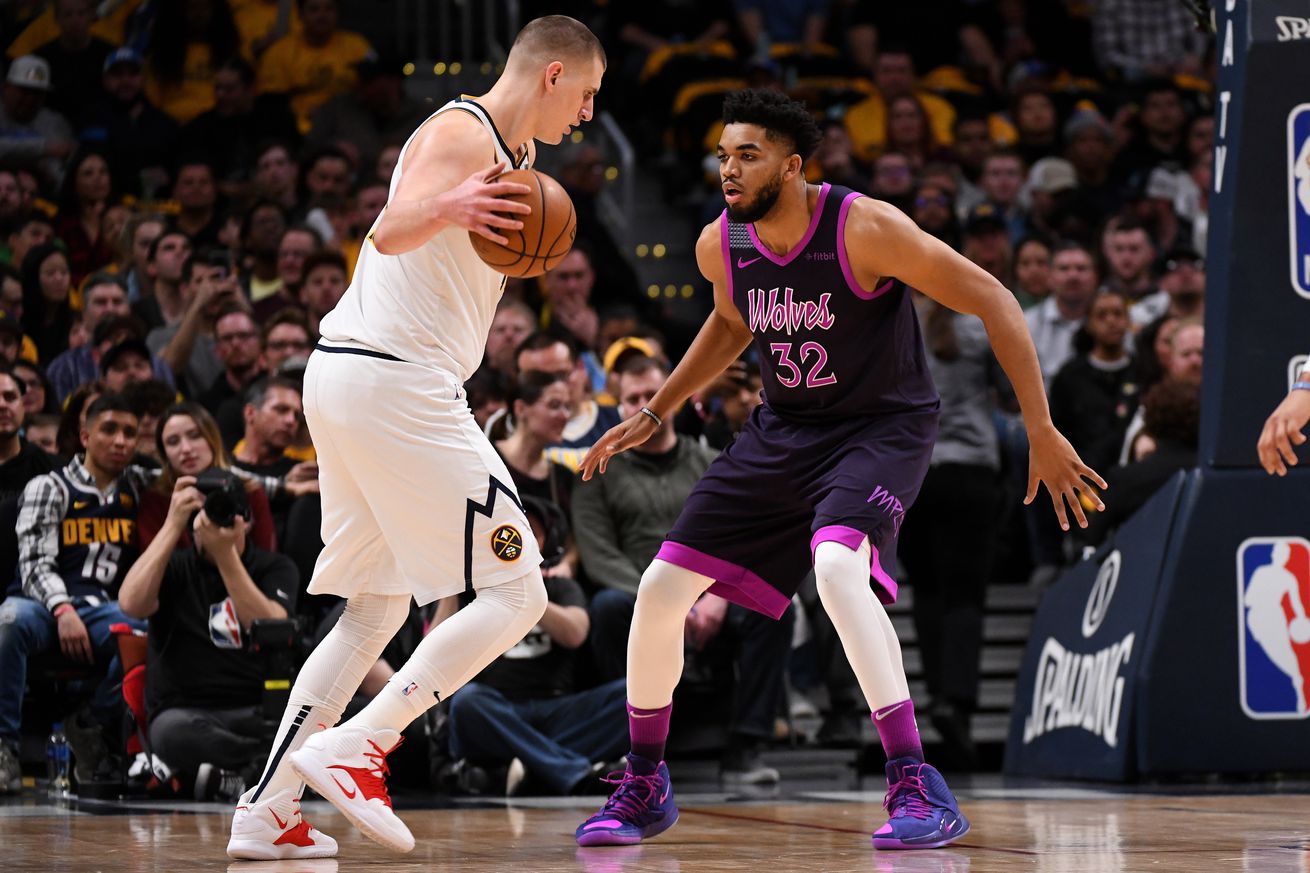 The Wolves get their first look at a division opponent on Sunday at Target Center.

This, my friends, is a sponsored post. StubHub would very much like to sell some Wolves tickets, and they asked us to pick a home game to feature. I chose the game against Denver coming up on Sunday, because I do think it’s a key early game as we try to figure out who the Wolves are and gauge their progress.

It will be the first division game for the Wolves this season, and they will be facing one of the favorites to win the division make noise in the Western Conference playoffs. The Nuggets are, of course, the team the Wolves beat on the last day of the 2018 season to sneak into the playoffs ahead of them. But since then, the Nuggets have risen behind Nikola Jokic and excellent depth, while the Wolves foundered on the shoals of Jimmy Butler’s shenanigans, and are now trying to build around Karl-Anthony Towns.

Furthermore, the Towns-Jokic match up is always worthwhile, a battle of two of the top young centers in the league. Last season, the perception was that Jokic had surpassed Towns thanks to his brilliant passing ability and much better team success. Towns has come out with a vengeance this season, and the battle between these two is one that should be exciting to watch well into the future.

Finally, it’s a Sunday afternoon tilt, which means it should be easier to attend for many of you as opposed to a week night game that gets you home late on a school/work night.

Vox Media has affiliate partnerships. These do not influence editorial content, though Vox Media may earn commissions for products purchased via affiliate links.