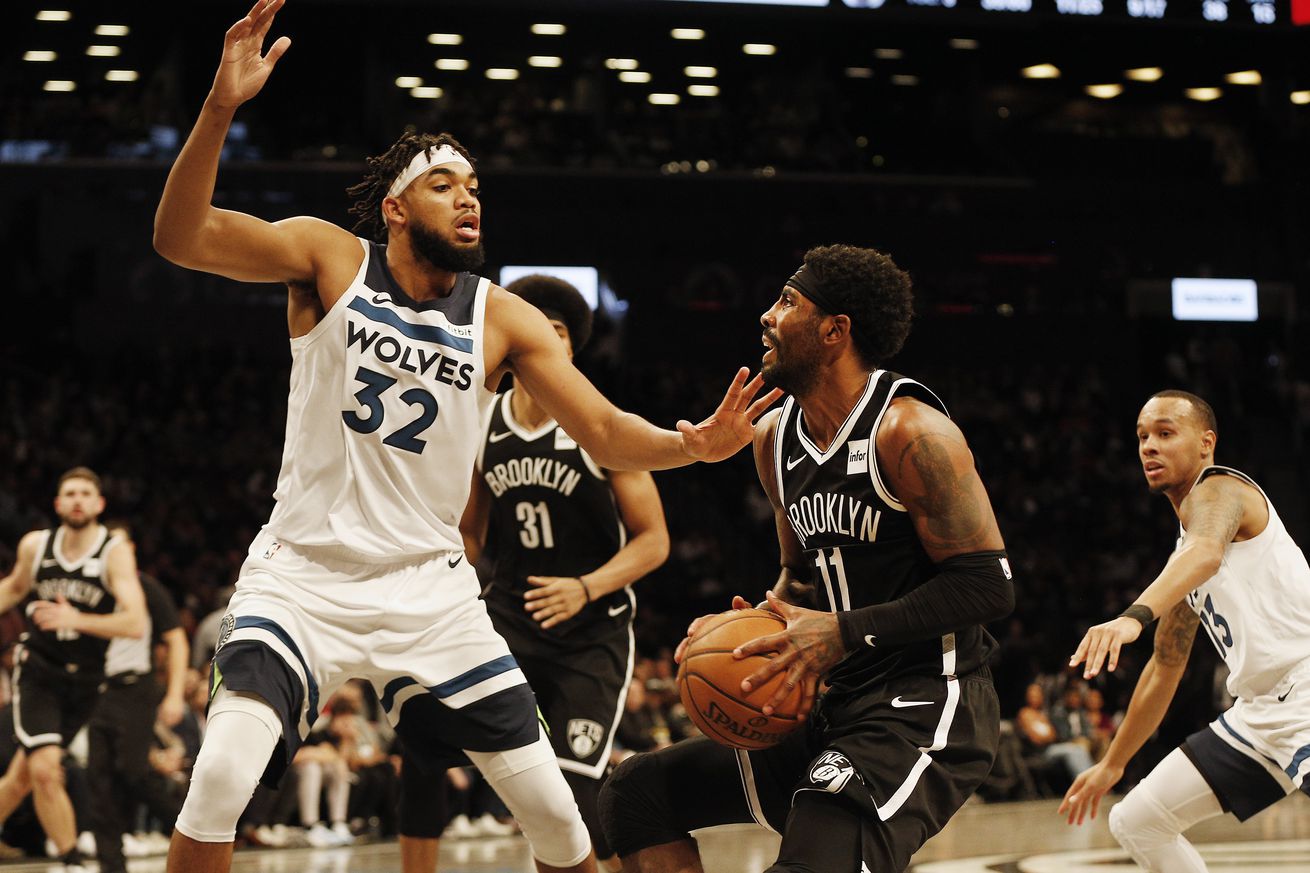 Minnesota moved to 1-0 in a wild game in Brooklyn.

Holy smokes, what a win for your Minnesota Timberwolves.

Minnesota jumped on Brooklyn from the start, putting together a first half that was as good as any we’ve seen in the past several years. Karl-Anthony Towns overwhelmed with his all-around scoring arsenal, Robert Covington looked like he hadn’t missed a beat, and Jake Layman continually found the bottom of the net.

The Wolves dominated the first 24 minutes, taking a 68-56 lead into the half.

Then… the third quarter happened. Minnesota came out undisciplined as all heck and got drilled in the third, dropping that frame 37-20.

The story of the game, though, was the fourth quarter and overtime. Many previous iterations of the Wolves would’ve been dead in the water as soon as Brooklyn came back and took the lead. This group fought to hang around, and due in large part to Josh Okogie’s effort and KAT’s overall greatness, were able to force overtime.

As bad as he was most of the game, and he was REALLY bad, Andrew Wiggins came up big in overtime by attacking the rim and getting the Wolves a few buckets at the rim. Again, he made some great plays offensively in OT, but the reality is still… bad.

This absolutely cannot be right. NBA box score says that in an overtime 2-point game Andrew Wiggins is -28.

A quick note on Wiggs — he was fantastic attacking the rim tonight, but the jumper was putrid. He does not need to shoot so many jumpers, just focus on attacking down hill.

The Wolves managed to pull out the win, though, and that is a fantastic road win against a playoff team.

We mentioned it briefly before, but holy hell, if that’s the Karl-Anthony Towns we’re going to get this year, this is going to be a ton of fun. KAT finished with 36/14/3/3/3 while making 7 of 11 3PA. He was every bit as good as that stat line would suggest. Truly unstoppable. Using KAT on the perimeter puts the defense in a near impossible situation.

Given his shooting and driving ability against bigger players, they literally are in a pick-your-poison scenrio. He quite literally played DeAndre Jordan out of the game in the first quarter.

The pace was mostly what we were promised, and it made the game a ton of fun. Granted, it was an overtime game, but Minnesota got up 108 field goal attempts. I doubt they ever hit that number last season.

For Brooklyn, there’s not much else to say other than that Kyrie Irving is insane. He went off for 50/8/7 in his Brooklyn debut. He was completely locked in, and it felt like it didn’t matter who was defending him. It was just one of those nights for Kyrie.

Maybe the most impressive, and important, piece from this game was how great Karl-Anthony Towns looked defensively. He’s always been dominant offensively, but the type of defense he played tonight would take his superstar play to another level. The stocks (6) are great, but he routinely was in the right spot and contested well. He did commit five fouls, but at this point, that’s nitpicking on what was a truly special night for KAT.

Treveon Graham deserves some mentioning as well, as his energy provided a huge lift during the end of the fourth quarter and overtime. He and Okogie provided constant effort all night long.

While neither will likely provide a ton of consistent offense, the opportunity to have such high energy guys on the floor at all times is a plus for Minnesota. When Minnesota truly needed it the most, Josh Okogie did what he does and forced a superstar into an incredibly difficult look.

Lastly, that was just fun. It was great to have Timberwolves basketball back. There is plenty to clean up (defensive rebounding), and Brooklyn isn’t going to be a title contender this year, but it was a damn good win nonetheless. Sign me up for more games like that one.