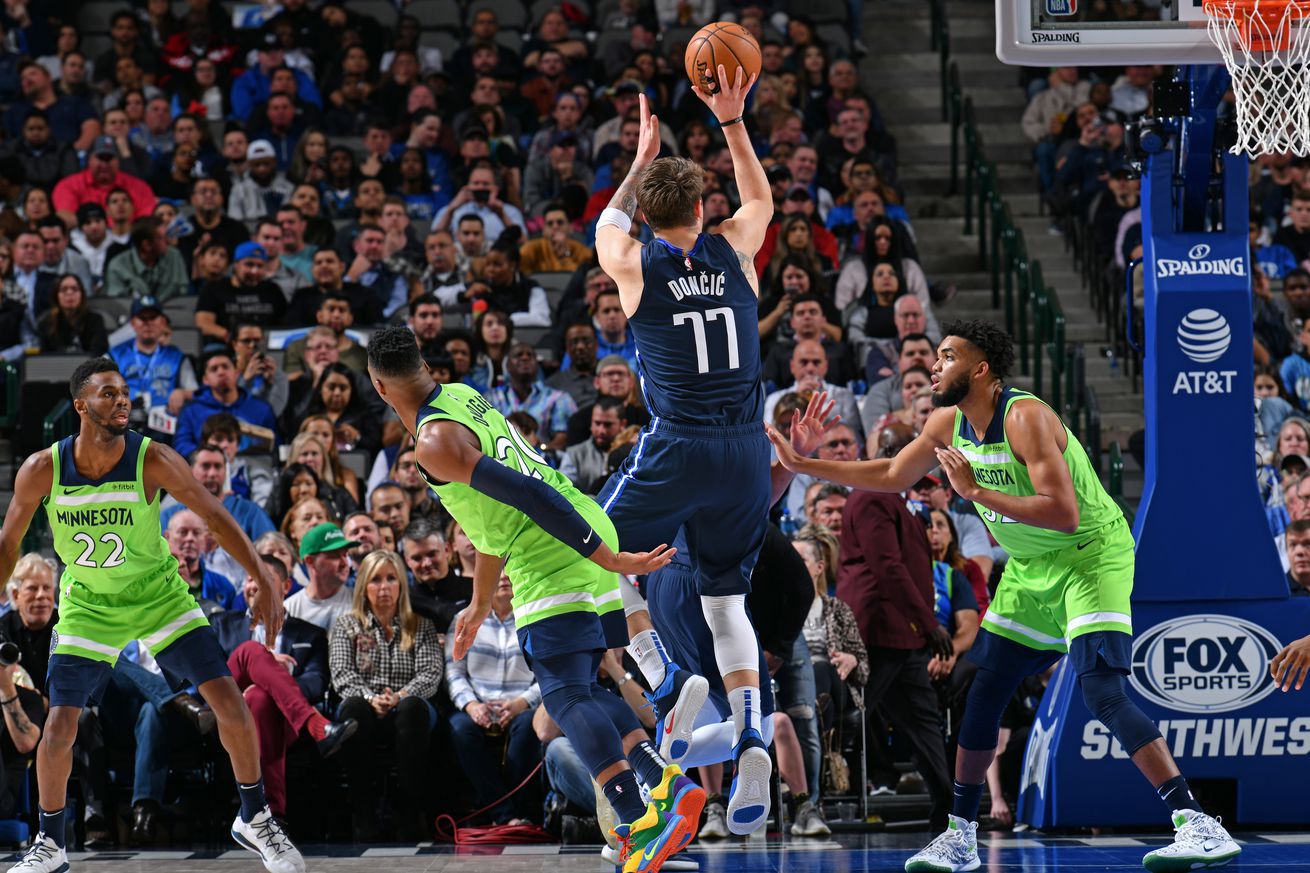 After a tough contest against the Denver Nuggets yesterday, the Wolves head to Big D for the second night of a back-to-back.

A little over 24-hours removed from a hard-fought performance against the Denver Nuggets (that unsurprisingly resulted in another loss), the Minnesota Timberwolves are back in action tonight against Luka Doncic and a frisky (and frustrated) Dallas Mavericks squad. The Mavs last game came on Saturday night in Atlanta, where things got a little testy late in the 4th quarter, which resulted in an epic Mark Cuban meltdown and subsequent filing of a protest to the NBA. As is the case with most NBA protests, the Mavs will undoubtedly lose, but the sting of losing to the morbid Hawks should provide them plenty of motivation Monday night against another NBA bottom-dweller.

Speaking of depressing franchises — the Minnesota Timberwolves! For those of you not keeping track at home, despite claiming multiple victories during the NBA Trade Deadline, the Wolves have now lost 17 of their last 18 real NBA contests, which has catapulted them up (or down?) the standings. As of Monday morning, the Wolves sit all alone in 28th place, a full game behind the aforementioned Atlanta Hawks and a half game behind the New York Knicks.

Yes, you are reading that right. Despite ALL of the popular internet banter about the Knicks being the joke of the NBA, the Wolves still somehow find themselves with a WORSE record than the team which resides at Madison Square Garden. Yes, I know the Knicks play in a (somewhat) less competitive Eastern Conference, but that means very little to me. And yes, I know the Wolves are basically trotting out a brand new roster that has very little chemistry right now, but again, you sleep in the bed you make, and the Wolves continue to swap one set of sheets for another.

There’s very little reason to preview specific players for tonight’s contest against the Mavs because, quite frankly, who the Wolves have active these days is about as mysterious as an Agatha Christine novel. 24-year old D’Angelo Russell *should* be back in the lineup tonight after receiving a “much-deserved” rest day on Sunday, so that should at least elevate the offense a notch or two. Karl-Anthony Towns is still sidelined with his wrist injury, which means Naz Reid should receive another start in his absence, which is both a testament to the undrafted rookie’s hard work this season as well as to the Wolves efforts to put a competitive, non-tanking product on the floor.

So the beat goes on. With Towns sidelined for at least another week or so, the Wolves will continue to trot out funky lineups that rely far too heavily on players who have spent multiple nights sleeping in Iowa, which is a great sign for their ability to develop players and also a terrible sign for where this franchise currently finds itself. When Towns went down, everyone and their cousin started tweeting out overused “tanking” GIF’s, which I fully understand and even can agree with (to an extent), but it also is not lost upon any true (long-term) Wolves fan that, despite it only being February, the ability (and desire) for our favorite team to win games is about as consistent as Jarrett Culver’s free throw percentage.

As for the Wolves injury report (JAKE LAYMAN IS BACK!):