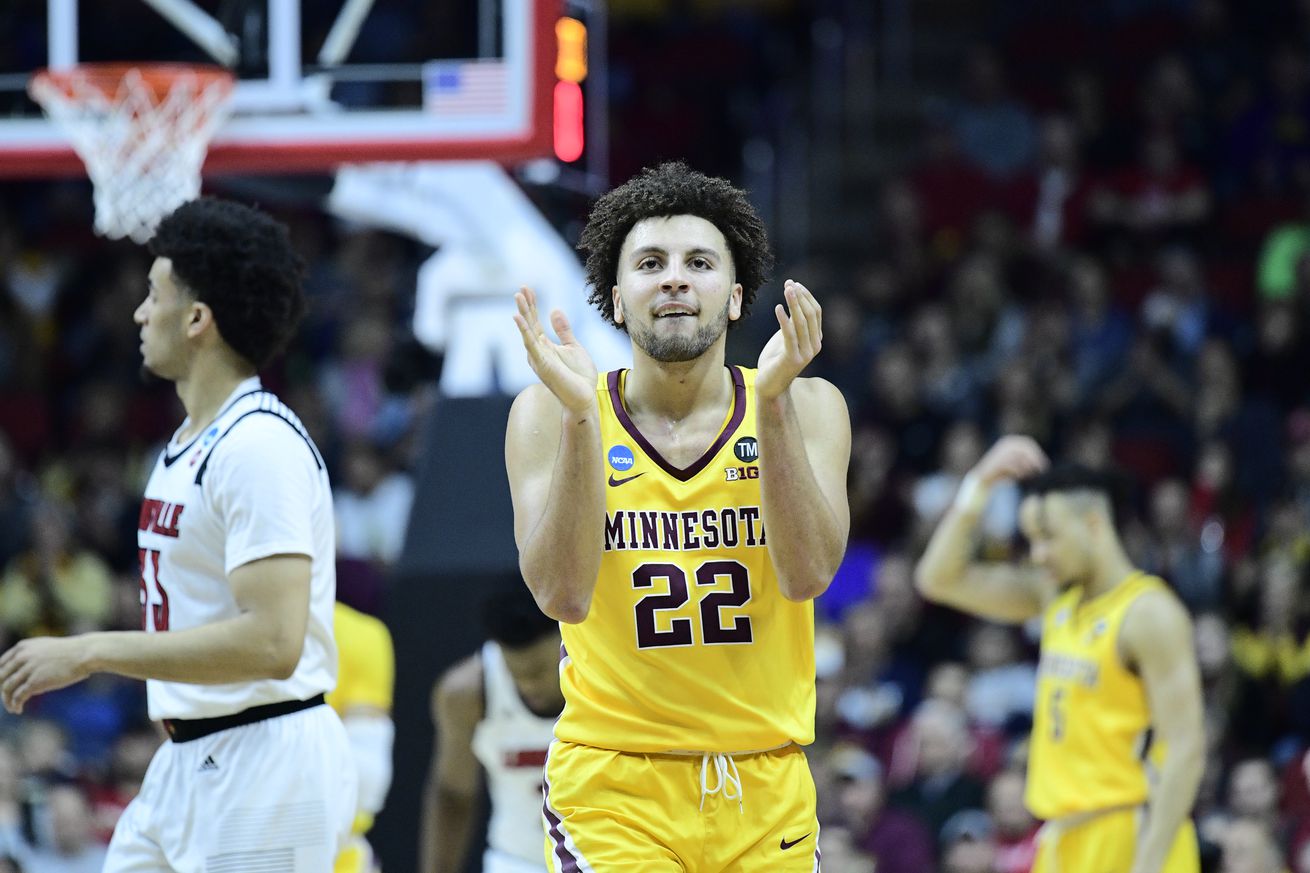 So many new faces, expect this team to be versatile

If you remember back to the 2018-19 Gopher basketball season, you should expect that nothing will be similar as we head into 2019-20. Every team, year over year, has a different personality and will have a slightly different style of play. But this Gopher team is going to be dramatically different.

The program lost guys such as Jordan Murphy, Amir Coffey and Dupree McBrayer who were not only major contributors but also leaders. Over their careers, this team was one that thrived on penetration, getting to the foul line, rebounding and playing with toughness. Those 3 occupied 3 starting spots and 90 minutes per game for the better part of the last 3 seasons.

So the primary question to be asked heading into 2019-20 is who steps into the void of minutes, leadership and production of those three? How can a program lose that much production and leadership in one offseason and expect to get back into the NCAA Tournament?

The answer is that those three guys are going to be replaced by versatility. It won’t be one guy at their respective positions, it won’t be new guys stepping into their roles. It is going to be a collection of new faces, seven of them, who will play multiple positions and have the ability to score in different ways. Collectively this new team will forge a new identity, a new personality as a team and what you saw before will be completely different.

From my day at the team’s media day, I think it is clear that the identity is going to be shooting and a focus on perimeter defense.

The new-look Gophers are going to be one that involves shooting. A lot of shooting. At any given moment, there will likely be 4 shooters on the floor. This will be a pretty significant change from a year ago when they were last place in the Big Ten in three pointers attempted. They will not be nearly that low this year.

Gabe Kalscheur returns and he was the team’s best three-point shooter from a year ago. He’ll be joined by transfers Marcus Carr, Peyton Willis and Alihan Demir…all who will shoot more threes than Jordan Murphy and Dupree McBrayer. Freshman Tre Williams will not be remotely shy to put the ball up from deep. Those five names, plus true fresham Isaiah Ihnen, are all going to put up a lot of threes. And presumably make them at a more efficient clip than we saw from last year’s 31.7% as a team that finished 11th in the Big Ten.

When last year’s team made over 35% from three, they had a 13-4 record. They were 8-10 when shooting below that mark. Expect more attempts and closer to that 34-35% make percentage.

But in addition to more shooting, I think this team is seeing a renewed emphasis on perimeter defense. Or perhaps they just have more players capable of being very good defenders.

Klascheur is already an elite defender on the perimeter. But expect to see Willis and backup point guard BJ Greenlee show that they are rather good in the backcourt as well. Williams and Ihnen have potential to be dangerous defenders, time and experience will tell with them. But this is going to be a strentgh of the 2019-20 club.

But I mentioned personality. This is that hard to quantify and even hard to forge aspect of your team from season to season. You can bring back your top 10 guys from one year to the next and the team’s personality will change from year to year…possibly affecting the team’s actual results.

This year’s team? Sounds like this is a team that likes to work. I asked Marcus Carr to describe this year’s incoming freshmen and he had this to say, “The new guys, they know how to work.”

And when I asked Pitino to describe this team’s personality, he said that this group are all gym rats.

There seems to be no hesitation from this group to be in the gym, constantly working to get better.

This team is going to be very different from last year. Between now and November 5th we will dive into more about this team. Meet the new guys, look at the non-conference schedule and we will share our thoughts & predictions. But this team is unique and very intriguing.