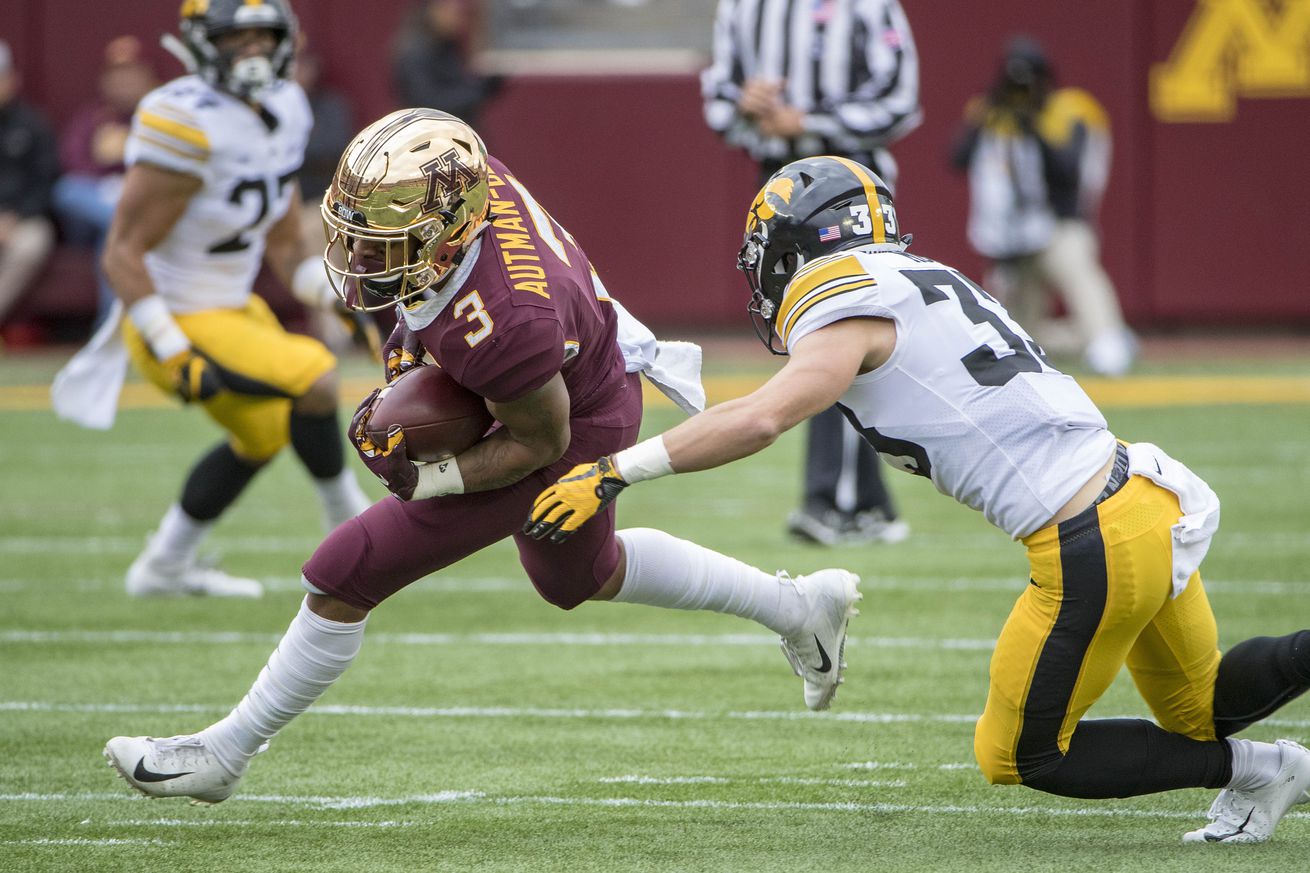 Now we can turn our attention to Hate Week

The Minnesota Golden Gophers have confirmed that next Saturday’s Big Ten West matchup with the Iowa Hawkeyes will kickoff at 3 p.m. at Kinnick Stadium in Iowa City. The Gophers can clinch at least a share of the Big Ten West — and re-claim the Floyd of Rosedale — with a win.

The game will be televised on FOX.

Iowa enters the game with a record of 6-3, with losses to Michigan, Penn State, and Wisconsin. All three of their losses have come against ranked teams. With three conference losses, the Hawkeyes sit at fourth in the Big Ten West standings. The Gophers have lost four straight games to the Hawkeyes and have not won at Kinnick Stadium in Iowa City since 2000.