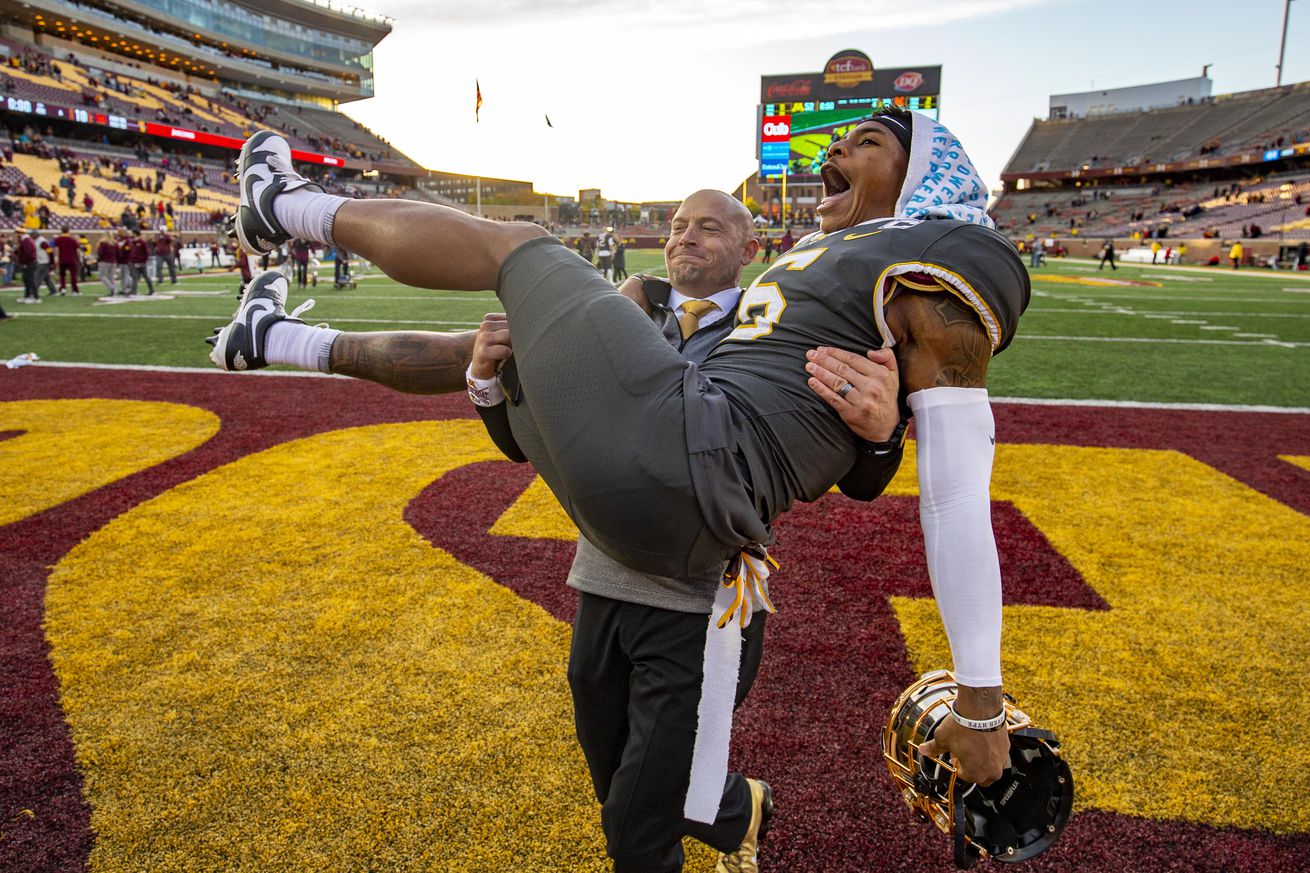 The undefeated Gophers inch closer to the Top 10

The Minnesota Golden Gophers continue their climb up the rankings, checking in at No. 13 in both the AP Top 25 and the Coaches Poll. Head coach P.J. Fleck and co. landed there after defeating Maryland 52-10 on Saturday to improve to 8-0 for the first time since 1941.

No. 13 Minnesota will rest up during their bye week before a showdown with No. 5 Penn State on Saturday, Nov. 9, at TCF Bank Stadium that will represent their biggest test of the season.