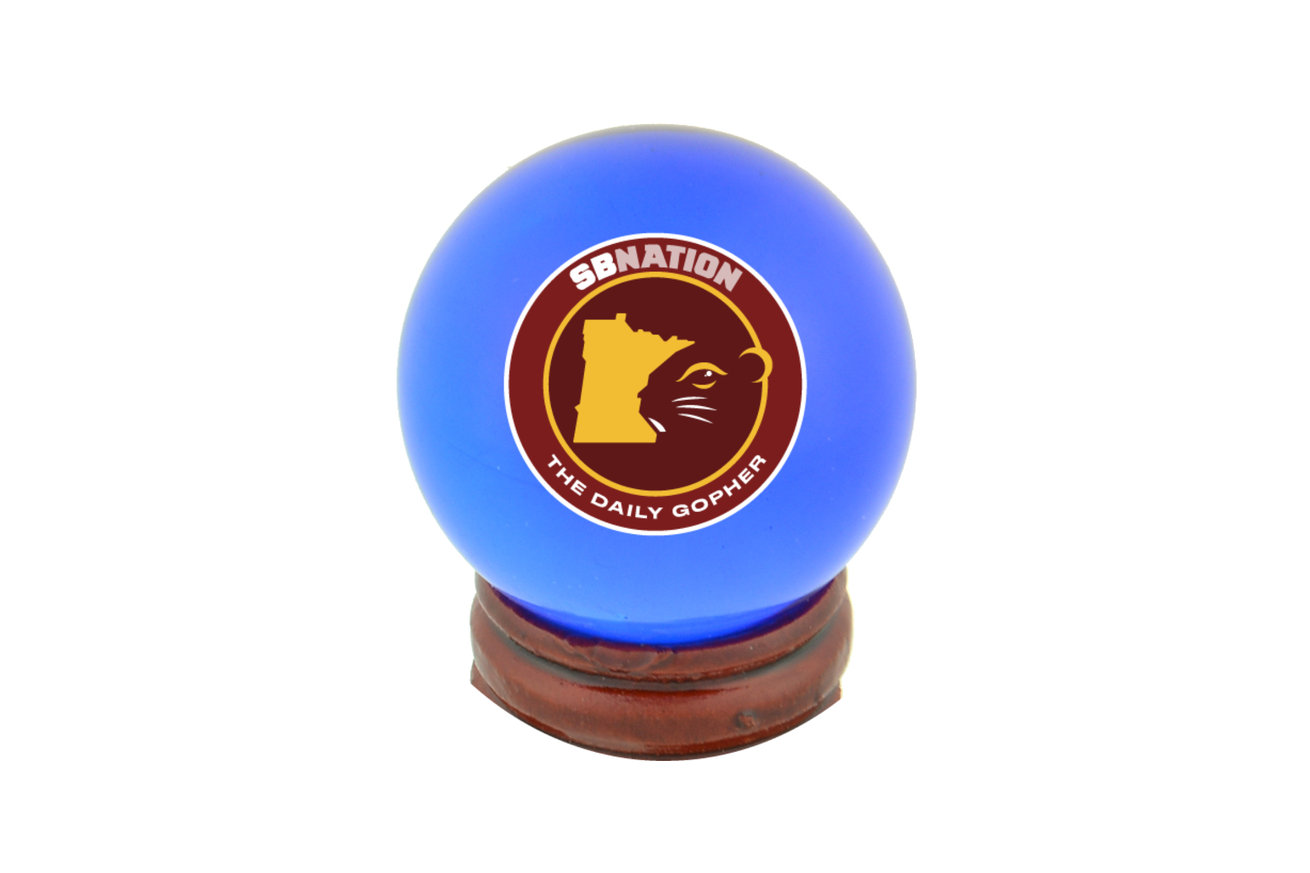 We fear no turtles.

The Minnesota Golden Gophers are 7-0.

Blake Ruane: I expect the Gophers’ passing attack to take advantage of a vulnerable Maryland secondary. The defense won’t be quite as sharp without Kamal Martin, but they get enough stops to hold a two-touchdown lead.

GoAUpher: Minnesota stays focused, Tanner Morgan and the most talented crew of wide receivers in program history dismantle Maryland with the slant game, and we end up with two 100 yard rushers as the Gophers run out the clock on their 8th win of the season.

gopherguy05: I think Minnesota scores points but gives some up. The revenge tour continues.

Gopher Nation: Tell me I’m wrong. GoAUpher Note: GN’s homer bit reigns once again. I’d change the rules to stop rewarding it but we’re winning so congrats to GN on another Homer of the Week!

HipsterGopher: Revenge for the 1977 Hall of Fame classic (Gophers lost that game 7-17). NOTE: My bit for guessing the scores this year will be to match them up with previous Minnesota games.

mowe0018: It’s a shootout. Close going into the 4th with the Gophers pulling away thanks to a successful run game. They don’t cover because thus far when I have predicted us not to cover we have. It’s been great.

wildcat00: The Maryland game never turns out the way I think, so I’m refraining from any prognostication here.

White Speed Receiver: 1-0 in Maryland week. This one will be sufficiently less-boring than last week, but still a rather fun win.

zipsofakron: The Gophers have been reading the headlines and will be looking towards Penn State. They go into halftime down a field goal but find their footing in the second half to break it wide open.

Tell us your predictions in the poll below and in the comments!