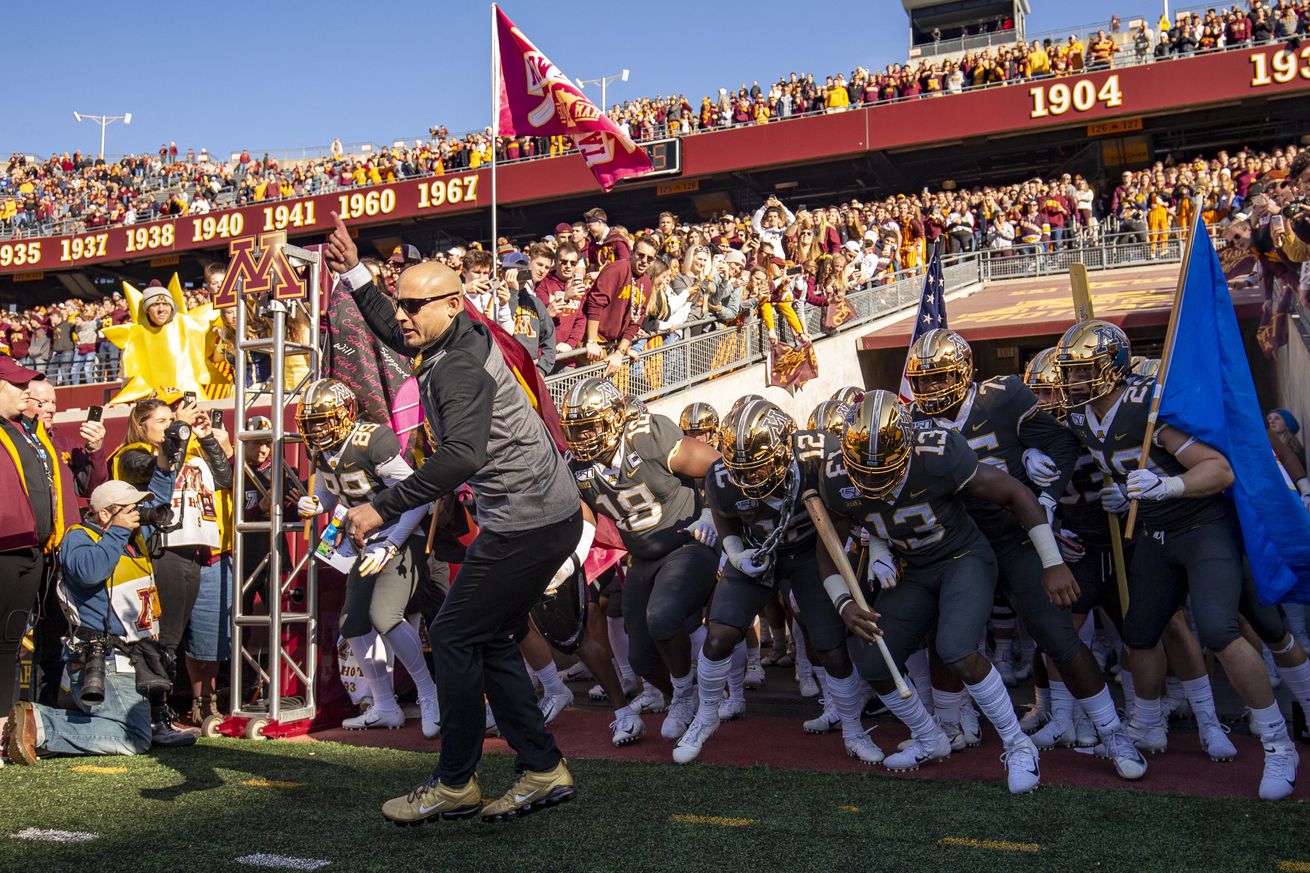 Change our best? This team is 8-0! Now get your asses in the seats.

You heard me: It is time for Minnesota Golden Gophers fans to change their best.

The Gophers are 8-0, undefeated through eight games for the first time since 1941. People are very positive on this team.

The team? They are changing their best every week. They know that each win is in the past and even the things they are doing well need to improve. They have rather impressively improved each week.

Remember back to South Dakota State and Georgia Southern? This team struggled. They were fortunate against the Jackrabbits, and they were consistently beat at the line of scrimmage against Georgia Southern. Fresno State was a road game, but it took overtime to beat that team. Here is a Monday Perspective excerpt from Week 1:

It is just game number one and the good news is that there are a lot of things on tape that the staff and players have to be evaluated upon. Am I freaking out about the remaining 11 games? No. Am I beaming with confidence? Nope.

But I’m in “Show Me” mode. You want me to believe this is a good team, capable of competing in the West? Then show me. Show me your offensive line can protect and open holes. Show me the defensive line can stop the run. Show me that special teams is going to be much better. I could go on, but the Gophers get 2 more weeks to show me.

To be honest, I’m not all that worried, but we will revisit my level of worry in a couple weeks.

Well they’ve shown us. They have improved.

But this Gopher team has steadily improved in so many areas. Tanner Morgan is proving to be far more than just a game manager. The offensive line has improved dramatically throughout the season, opening huge holes for what has become a dangerous ground game. The defense has been dominant. In their Big Ten games, very few of the points allowed have actually been allowed by the first team defense.

This team is changing their best each and every week. They are getting better and have done exactly what they need to do through their first eight games of the season.

Now it is on Gopher fans to do that as well. In short…

Get Your Asses To TCF Bank Stadium

This team was 7-0 facing a Maryland team with some weapons. Student tickets were just $7! The weather was absolutely perfect for fall football. And this stadium was not nearly as full as it should have been.

Get Your Asses in the Seats

I don’t care if College GameDay is here. I don’t if there is some sort of a “Gold Out” gimmick…

Get Your Asses into the Seats

This game better be a sellout, it better be full at kickoff, and it better be loud. Gopher fans, it is time to change your best. I also don’t care if we lose this game. It better be the most electric atmosphere we have seen in years, It is not about the results, it is about the process.