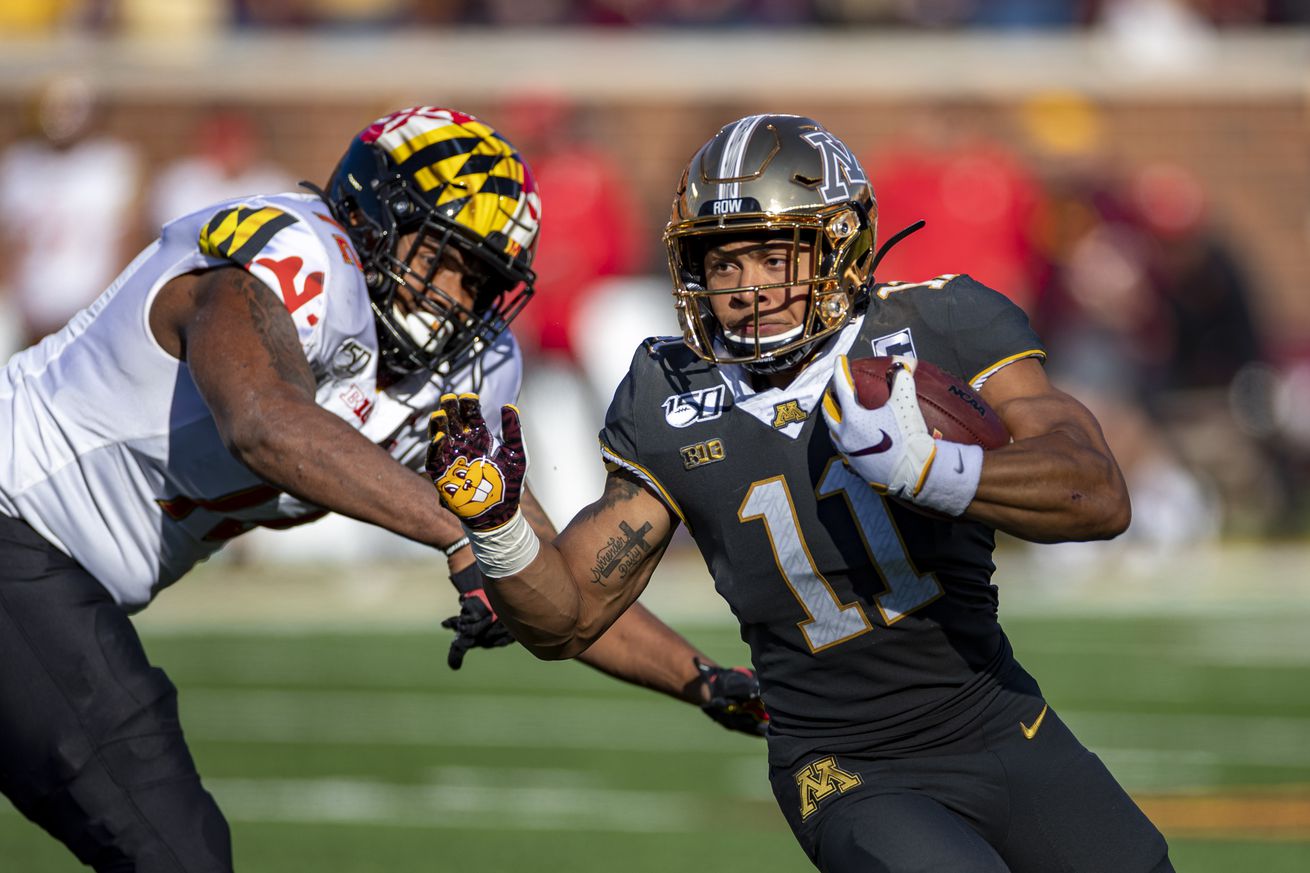 Gophers utterly destroy Maryland from the opening kick to the final second.

The Minnesota Golden Gophers are undefeated, 8-0, after beating Maryland 52-10. A game that was never in doubt as Minnesota dominated both sides of the ball from the opening kickoff.

It was the second play of the game when Antoine Winfield Jr. intercepted Tyrrell Pigrome, returning it to the Maryland 20. Four plays later Tanner Morgan hit Rashod Bateman on a 9-yard back-shoulder throw for the very early 7-0 lead. And from there the Gophers never really let off the gas.

That last interception, accompanied by a long return, set up Maryland for a field goal before the end of the half. But other than the pick and one blown play by the defense, it was complete domination by both the offense and the defense.

At the half the Maryland offense was 1/7 on third down and a total of 126 yards. The Gopher offense was averaging over 6 yards per carry for 121 yards just on the ground.

And the second half? Much of the same. 88 yards rushing in the 3rd quarter and 10 more points for Minnesota. Maryland’s offense with 9 yards in the quarter while having the ball for just 2:16. With a 38-3 lead in the 4th quarter it was just cruise control for the Gophers. Starters were in for one drive in the final quarter but from that point it was time to get more experience for the backups.

What was best about this game is that the Gophers were far from perfect. Tanner Morgan struggled, the special teams was really not very good and PJ Fleck’s time out management was ugly. But things were far from perfect and Maryland was never in this game. A 4th quarter touchdown pass against the second string defense got the Terps to double-digits, but this game was over 6 plays into the game.

Hats off to Rodney Smith today. Not only did he have his 5th straight 100 yard game but he passed Darrel Thompson to become the Gophers career leader in all purpose yards.

Think about that for a second.

Up next is a bye week and then undefeated Penn State comes to town. This promises to be the biggest game in TCF Bank history.