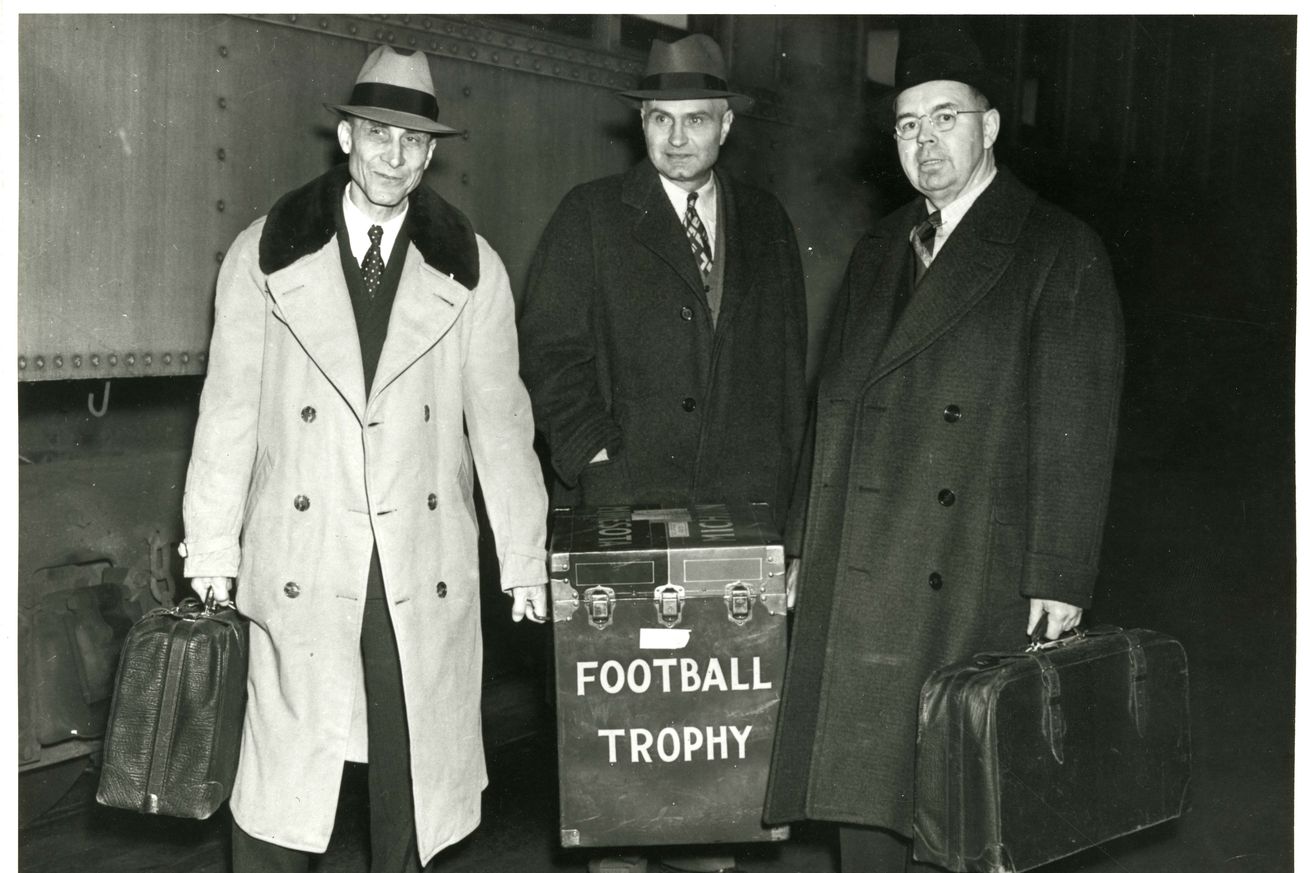 The best coach Minnesota ever had led the Gophers for 16 years, won 93 games, 7 Big Ten titles, and 5 national championships. How did he do it?

Bernie Bierman coached at Minnesota for 16 seasons between 1932 and 1950. He didn’t recruit better players than everyone else, or have a novel way of playing football. The average weight of a Gopher player in the 1930s was 200 pounds, even then that wasn’t big.

Bierman’s offensive approach was to run power from the single‐wing formation behind an unbalanced line. Passing kept the defense spread out, helping his running game. But Bernie used the pass less than even other teams of hers era. He was possibly the most conservative coach in a very conservative era. Most teams in the 1930’s played for field position and waited for the other team to screw up.

He used the talent available to him. From the man himself:

“Why did I put so much emphasis on blocking, tackling, and the running game? Well it was the potential ability of Midwestern lads to block so powerfully which first tempted me to stress the running game as a major part of the Minnesota attack shortly after I arrived in Minneapolis from Tulane in 1932. Under another set of circumstances and blessed with a different type of material, I’d probably have favored the forward pass or the lateral.”*

Bierman was very much a coach of his time. This anecdote about the coin toss stuns me. In Bierman’s pre-war teams he won the coin toss 35 of 76 times. He took the wind 28 times, elected to kick 5 times, and only wanted to receive twice! This wasn’t an uncommon strategy but Bernie played the field position game so much that once in 1932 game vs Purdue, Minnesota kicked off, Purdue scored, and Minnesota chose to kick off to them again. Bernie believed in his defense that much.

Dick Wildung captain of the national champion 1942 Gophers, “Bernie’s teams won because they were better coached and better disciplined than other teams. I don’t think we had any more ability than a lot of other teams.”

That’s a nice quote but doesn’t describe the kind of discipline, or how unusual that was at the time. Harold Van Every played two years for the Packers under Curly Lambeau and believed that Bernie was a much better coach. He points to things that Bernie was doing in the 1930’s like planned kick returns that not even pro teams were doing then.

Bob Bjorklund captain in 1940 once said, “We cursed him on the practice field and loved him on Saturday afternoon.” Wednesday was his dissatisfaction day. George Svendsen lineman in 1934-5 and assistant coach later, “He worked hell out of you on Wednesday.”

This kind of relentless practicing was new, and worked. Bernie’s Gophers had 5 undefeated seasons. But his hard nose attitude was also his downfall. After the war, the men who played college football were different and didn’t want to play for a guy like Bernie. The 1949 team revolted against him and his career was over.

How is any of this useful today? Bierman’s teams won because he was the Gophers coach, not because of an offensive system or having the best players. Rarely does any team have a coach make that much of a difference.

*Note on the quotes used in this piece. They are all from a 1984 book called “Minnesota Football” By James P Quirk, unfortunately he doesn’t cite any of them any more than I am today.