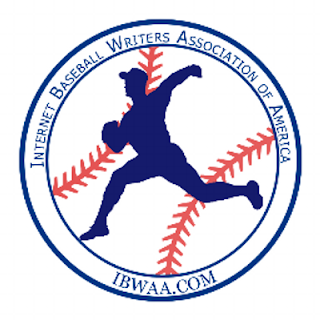 With the 2019 Major League season coming to an end it’s become time to hand out awards to those players putting up exceptional results this year. Unfortunately we’ve seen some of the greatest players this year go down during the stretch run and that’s thrown somewhat of a wrench in the voting process. Wanting to wait until I felt completely comfortable with my ballot, I only just filed it today.

The Internet Baseball Writers Association of America differs from the BBWAA but attempts to provide a similar service in fairly handing out seasonal award and Hall of Fame designations. Inclusive of bloggers and bit larger audience, I am again privileged to submit a ballot this season. With that all out of the way, here’s who I went with.

In my view Trout had this wrapped up months ago. The greatest player in the game somehow put up even more exceptional numbers in 2019 and continued to take his game to another level. Unfortunately his foot injury ended up requiring surgery and cut his final tallies short. Alex Bregman made this somewhat of a race down the stretch, but he comes up just short.

Like Trout, Yelich watched his season be cut short on a fluke foul ball. The race with Cody Bellinger was a fun one all year, but even with the additional player time, the Dodgers outfield still comes up a bit short for me. Anthony Rendon and Ketel Marte were also in consideration here.

It’s truly something special that the Houston Astros had pitchers 1A and 1B when it came to Cy Young voting this year. You’re splitting hairs when trying to decide if it’s Cole or Justin Verlander for the award but I went with the former. Cole is an impending free agent, and going into that process with a new piece of hardware is quite the announcement.

You could probably make the argument that it’s become a bit boring to see how good Scherzer is on a yearly basis. This would be his fourth Cy Young, and while the Washington Nationals don’t have a World Series to validate his mega-deal yet, it isn’t because of his performance. The Mets Jacob deGrom is right there when it comes to a secondary candidate, and I don’t think you could go wrong choosing him either.

For the Astros to be as good as they have been in 2019, it’s not surprising to see them have contributors arise out of nowhere. Alvarez was acquired for a reliever and burst onto the scene as a designated hitter that launched balls out of the park with regularity. The Twins Luis Arraez provided some thought due to his hitting ability, and had he been health for longer the Rays Brandon Lowe likely factors in. The notable omission is Vladimir Guerrero Jr. who was the presumed winner here. He’ll have better seasons ahead with the talent he possesses.

Unfortunately we didn’t get to see a full season of Fernando Tatis Jr., and Mike Soroka was also great for the Atlanta Braves. When the dust settles though, there’s no arguing against the Mets first basemen. He leads all of baseball in homers and has been a catalyst on a team that’s had as much of a rollercoaster season as you’d ever want to endure. No matter how the rest of Alonso’s career goes, his debut in the majors is one he’ll be able to look back upon fondly.

Minnesota was coming off a season in which Paul Molitor watched the Twins take a step backwards. Young contributors didn’t develop as hoped and Minnesota went from a wild card berth to a losing record. Some of that was expected regression, but Rocco Baldelli represents everything that was missing in the organization. He hasn’t been perfect, but he’s brought a fresh perspective and a galvanizing attitude that created the Bomba Squad and had them firing on all cylinders.

The NL East was expected to be a hotly contested division this year and while there were arguments made for every club it is the Braves that put it all together. Brian Snitker managed youth and veterans alike to get a result that had them as the clear favorites for most of the season. Ronald Acuna Jr. has flourished, Josh Donaldson returned to stardom, and the pitching staff provided more than could have been expected.

Failed starter solid reliever, and now one of the best in the game, Liam endriks has seen it all. The Oakland Athletics have turned out some really strong pen arms with Blake Treinen having een the 2018 example. Hendriks became a legit weapon for the Athletics this season, having previously been DFA’d, and the journeyman won’t be looking for a new landing spot any time soon.

After bouncing around and being a late bloomer, Kirby Yates has flourished in San Diego. He put up strong numbers during 2018 and ratcheted things up another level this season. Despite being a first time All-Star at age 32, the Padres were right to ask for the moon in any Yates focused trade talks. They should trend positively in the near-term, and this is an arm that can stabilize that pen for a while.