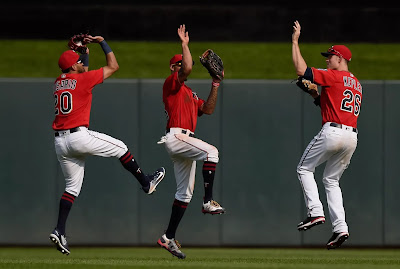 The Minnesota Twins are going to have significant moves to make this offseason. Rather than being measured by the number of acquisitions, it is going to be the impact that each players makes to tell the story. The front office has already suggested that impact pitching is going to be the focus, but what about making sure all the grass is covered in the outfield? Byron Buxton was hurt again, and Eddie Rosario may be on the move. Where does that leave Rocco Baldelli?
In 2019 the Twins were very deep in the outfield, until they weren’t. With Rosario, Buxton, and Max Kepler all healthy the outfield was among the best in baseball. Unfortunately, that trio was separated a significant amount of time this last season, and when Buxton was shelved, the strain was felt by the German and eventually led to injury. So rather then signing a good amount of veteran depth to fill out the Triple-A roster in case of emergency, having more than just Jake Cave to turn to could be a logical decision.
Should the Twins move on from a starter, Rosario in this case, signing a free agent to a one-year deal that allows flexibility for a prospect like Trevor Larnach or Alex Kirilloff to take over makes sense. Fortunately, there’s a few options I like:
Corey Dickerson
The former Tampa Bay Rays Gold Glover was DFA’d following an All-Star season in 2017. He then won a Gold Glove in 2019 and was dealt from Pittsburgh to Philadelphia last season. He’s only an option on the corners, but his career .823 OPS will play in any big-league lineup. Dealing with injury for much of the season, Dickerson played just 78 games. He made $8.5 million in 2019 and could be looking for an opportunity to establish health and generate one more payday. He’ll be 31 next year.
Matt Joyce
I’m not in love with this option, but Joyce is a corner outfielders that gets on base at a ridiculous clip. He played in 129 games for the Braves this season and posted a .408 OBP. Power isn’t really part of his game anymore, and he’s going to be 35 years old. He made just $1.25 million in 2019 though and would represent a very replaceable veteran commodity should Larnach or Kirilloff force Minnesota’s hand early.
Cameron Maybin
Of the veteran types, this is probably my favorite option. Although Maybin will be 33 and isn’t the same speedster he once was, he can play all three outfield spots and that takes a significant load off the manager’s shoulders. He had to wait for an opportunity but got 82 games in with the Yankees and posted a career best .858 OPS (and 11 HRs). That could come down due to the expected ball changes, but he’s a defensive commodity you can rely on.
Avisail Garcia
Of the names on the list, Garcia is the only one certain to be seeking a long-term deal. The days of Mini Miggy are long gone, but with a .796 OPS at 28-years-old he should be seeking a consistent home. Garcia was an All Star two years ago with the White Sox, but his .885 OPS hasn’t been replicated either of the past two years. He’d be a fine replacement on the corners for the Twins and is arguably a depth upgrade as well. Even on a multi-year deal the bank isn’t getting broken here.