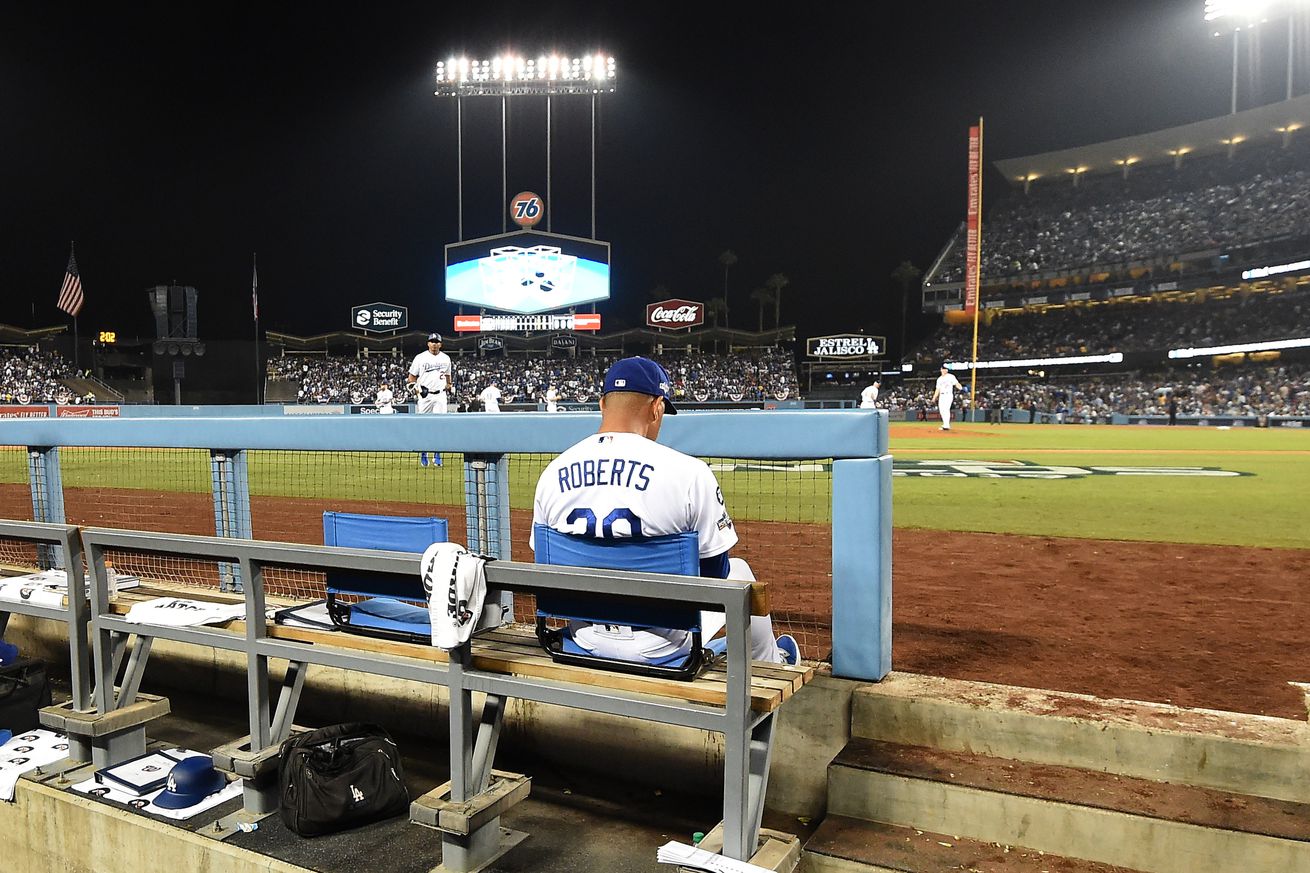 The curious case of Dave Roberts and Clayton Kershaw

Despite initially seeing analytics as a revitalizing force for Major League Baseball, I have recently (as discussed a bit here) become a bit concerned that the focus on probabilistic outcomes might be sapping the game of some of its most exciting moments.

Earlier in this 2019 postseason, I believe I witnessed a concrete example of this phenomenon that gets to the crux of the issue:

In Game 5 of the Dodgers/Nationals NLDS, Los Angeles held a 3-1 lead over Washington through six innings. In the bottom of the 7th, Dodger skipper Dave Roberts called for Clayton Kershaw out of the pen to squash a tense, runners-on-base situation, and Kershaw whiffed Adam Eaton on three consecutive pitches, much to the delight of the Hollywood crowd.

Kershaw returned to the mound to begin the top of the eighth, but was greeted in that frame by back-to-back jacks from Anthony Rendon & Juan Soto to tie the game at 3-all.

The score stayed that way until the top of the 10th, when Dodger reliever Joe Kelly (beginning his second inning of work) went BB-2B-IBB and then served up a back-breaking grand slam to Howie Kendrick. Game, set, match.

After that series, Dave Roberts was subject to a great deal of criticism, and from the current analytic mentality it is completely reasonable to understand why. Not only did Roberts make the somewhat-odd move of leaving Kershaw in the game when the matchups and his past history did not reflect all that much confidence in such a decision, but after Kershaw he went to Kelly when “better” (a relative term, granted) relievers like Pedro Baez and Kenley Jansen were available. Some considered this decision-making a potentially fire-able offense.

But consider this: If Roberts pulls the right analytical/statistical levers, the game likely plays out in his favor (not 100%, of course, but the probabilities would be in his corner). The Dodgers grind out a win and advance to the NLCS. If you are a Dodgers fan or someone whose livelihood is invested in that organization, you are happy.

Instead, what transpired was an epic NLDS finale from the perspective of the casual fan, who got to see the drama of Kershaw coming out of the ‘pen, a dramatic game-tying HR from a 20-year old (Soto), and an extra-inning grand slam to propel a franchise that had never won a playoff series into the next round. One almost couldn’t write a better script.

Like I said, fans or employees/owners of specific teams will almost always take a “win at all costs” mentality towards their club. But the bird’s-eye view? The gut-hunches of Dave Roberts—though ultimately disastrous for his squad—produced a level of drama that the probability or stats-driven approach likely would not have.

Food for thought, especially as baseball begins to manipulate its own rules (batter minimums for pitchers starting next season) to try and combat the type of specialization that analytics has largely produced.