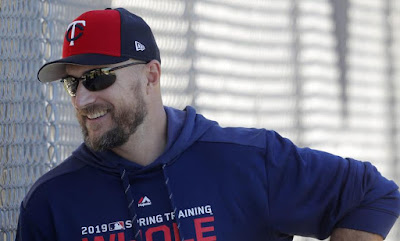 With the band-aid now being ripped off and the offseason underway for the Minnesota Twins, no time will be wasted when considering how to reload for the 2020 Major League Baseball season. Rocco Baldelli’s club isn’t going to be an underdog going into the new year, and they should have plenty of momentum built towards a second straight AL Central Division title. When considering who may be on the way out, Derek Falvey has more than a handful of decisions to make.
There’s a very strong group of players that lay the foundation for the Twins core, but we’ve seen where deficiencies may lie, and opportunities exist. With a handful of guys set to take their talents elsewhere, but choice or designation, it will be on the collective decisions made by Minnesota to best position the roster for success. Not every guy with the ability to return should, and it will be in those difficult discussions that the skeleton of the roster is constructed.
Looking at each situation individually, here is what I’d both suggest and think that the Twins will do.
Nelson Cruz: $12MM option in 2020
This picked up today (October 9) and I’d imagine the front office couldn’t have ever been more excited to spend such a sum.

Twins are picking up Nelson Cruz’s $12M option for 2020. No surprise there.

Jake Odorizz: Free Agent
After coaching him to a career season and a debut in the All-Star game, it would make plenty of sense for the Twins to retain his services. A qualifying offer somewhere around $18.5MM could be doled out, but that tends to lean more on draft pick compensation should the player decide to leave. Instead I’d think that Minnesota should make him a long-term part of their rotation and offer him something like $45MM over the next three years.
Kyle Gibson: Free Agent
The former 2009 1st round draft pick will very likely be in another organization for the first time in his career. At 32-years-old it’s the end of an era and will be very different for all parties involved. Dealing with health issues all season didn’t do any favors to Gibson’s performance although he did set a new career best strikeout rate. Unfortunately, a rotation that needs to improve substantially just won’t have room.
Jason Castro- Free Agent
Wrapping up the three year deal he signed with the Twins, Castro’s free agency hits at the same time Mitch Garver has emerged. Jason Caught a career low 79 games in a split opportunity situation this year, but he posted his highest OPS since 2013. Garver should see something closer to 80% of the starts in 2020, but a veteran backup makes a ton of sense. The Twins could ask Jason what his thoughts are on a part time spot, or they could find someone or a similar ilk on the open market. My hunch is that his time here is done.
Jonathan Schoop- Free Agent
A one-year deal following a down season gave Schoop the opportunity to bounce back. He did that even while leaving some to be desired. His .777 OPS was nearly .100 points higher than 2018 but Luis Arraez emerged and took over his starting role. At 28 Schoop should still have a decent market at a down position, and even if his bat isn’t what it was in 2017, his arm keeps him significantly above average at the position. Good find for someone, but not going to be back in Minnesota.
C.J. Cron- Final Year Arbitration
After making just south of $5MM in 2019 Cron is looking at an increase near $6-8MM in 2020. He certainly didn’t finish the year the way he started, but a mangled thumb gave him issues since July. Cron will be only 30 years old and looked the part of a very strong contributor. It doesn’t make a ton of sense to move Miguel Sano to 1B and taking over as a primary DH for Nelson Cruz down the line seems a more logical step anyways. The market isn’t flush with options, and Cron can be had in his final arbitration year as he paves the way for Brent Rooker or Alex Kirilloff to take over. It’s not a guarantee, but I’d expect him back.
Martin Perez- $7.5MM Team Option
There’s no way the Twins are paying Perez nearly double what he made for them this season. Despite a strong start he was a disaster down the stretch and that led to more rotation questions than they hoped to handle. It would make some sense to bring him back at a lesser figure on a one-year pact that can be supplanted by developing arms on the farm. I don’t think the Twins will (or should) prioritize Perez, but he could be a factor depending on how the rest of the starting rotation is addressed.
Sam Dyson- Final Year Arbitration
At the deadline Minnesota added the best arm that was moved in the Giants Dyson. Unfortunately, he came with unannounced red flags and provided less than zero value in his time here. Now having undergone shoulder surgery, Minnesota will likely want no part of his 2020 situation. It’s too bad for the Twins, and at worst a bad look for Dyson. The Giants claim they didn’t know about an injury, and Sam suggests he’d been pitching through it for years. Good riddance to this one, and hopefully some compensation can be recouped through the league.
Sergio Romo- Free Agent
Entering his age 37 season Romo is no longer a spring chicken. Despite his weird knee tendencies, he’s also been a pretty strong beacon of health. Effective once again this season, the Twins should covet his presence in the clubhouse next year. Romo has a great personality and brought a level of excitement to the mound. There’s significant strikeout stuff on the back of a sweeping slider, and fortifying the relief corps a bit further this winter would be ideal.