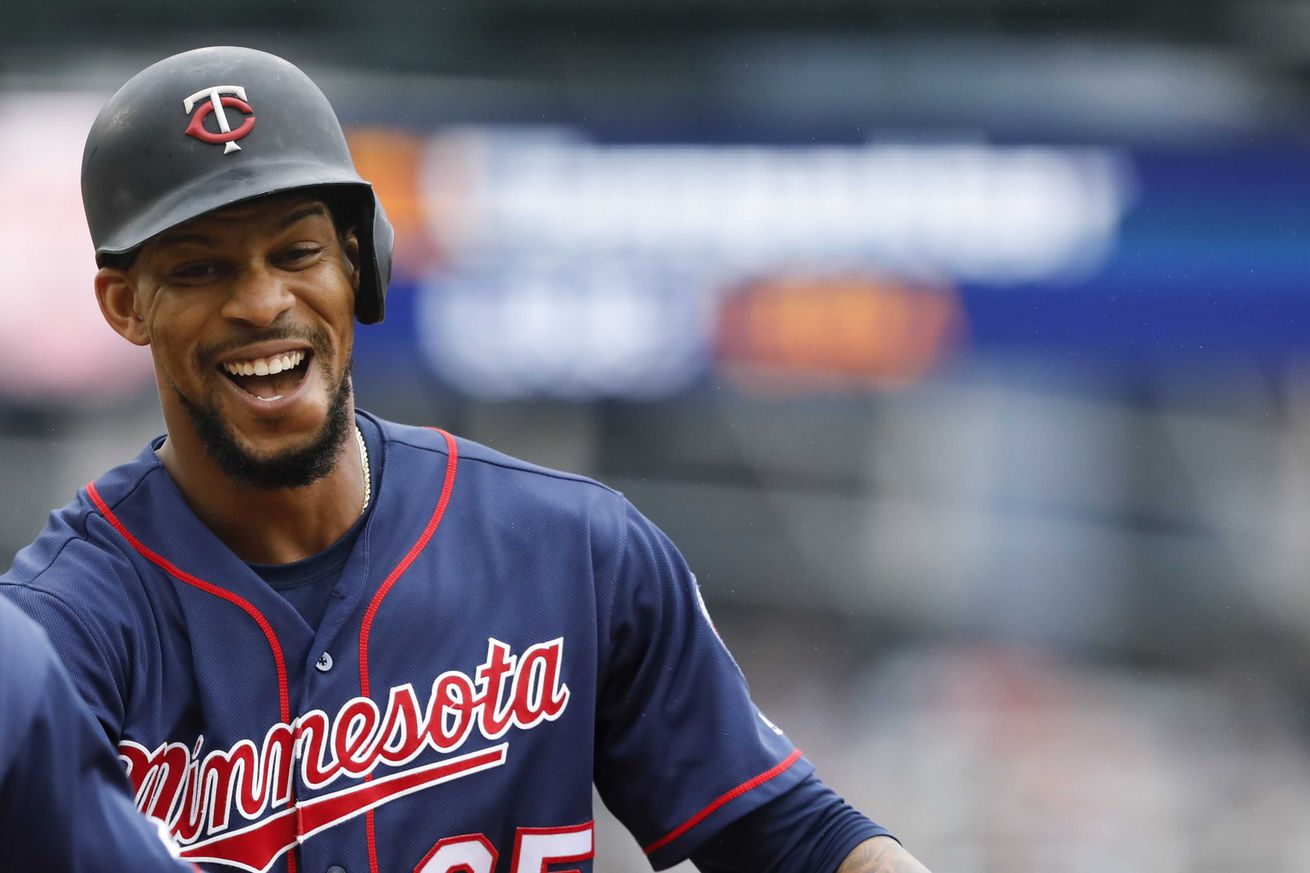 Who passes, and who fails?

Here is the next installment in our series grading the individual performances of the key members of the 2019 Twins. Each player will receive a classic grade on the scale of A through F, based on their hitting, fielding, and whatever else the author wants to consider. You can see our grades for C.J. Cron here , Miguel Sano here and Max Kepler here.

The next player we will take a look at was supposed to finally, finally put it all together this season—but did he? And how much do the injuries color your grade of Byron Buxton?

This is Byron Buxton’s fifth year playing with the Twins, but by playing time, he’s only got about two-and-a-half years of experience. He’s also still only 25 years old. Twins fans have been waiting for Buxton’s statistics to match his potential and his draft position for years now, and I’d say that finally happened, when he was able to stay on the field. Injuries are not a new story for Buxton, his style of play lends itself to them, as he crashes into walls, and disregards the limitations of physics and the human body.

Buxton made his way into 87 games for the Twins this season, just over half of the MLB schedule. Going forward, if he is going to be the key cog the Twins drafted him first overall to be, he will probably need to be available for at least 140 games per season, a feat he has accomplished only once in the majors. That was his 2017 season, which is best (non-2019) professional season, and the season the Twins surprised everyone to sneak into the wild card game. This season was Buxton’s best season as a pro, and the Twins made the playoffs again. Correlation, causation, or coincidence?

Most importantly for the progression of Buxton, the player, his bat developed some pop. Now, everyone did a bit in 2019, but Buxton more than most. Pairing his speed with a little more power, 44 of his 71 hits were for extra bases—that’s 62%. He sent ten bombas sailing, and stole 14 bases—The only Twin to steal five or more bases all season. He also cut down his strikeout rate drastically, only striking out 68 times, the first time in his career he has notched more hits than strikeouts.

With a line of .262/.314/.513, Buxton put up offensive stats that, paired with his league-best defense, makes him a very valuable player. As a basically half-time player, he racked up 3.1 WAR this season. On a full season pace, he would have collected 5.8 WAR. That would have placed him as the fourth-best center fielder in the game, behind household names Mike Trout, Ketel Marte, and George Springer. Ronald Acuna Jr would have been just behind him, and he would have bumped teammate Max Kepler out of the top five. As it is, he was still the #12 center fielder in the league, based on WAR stats.

In the outfield, Buxton continued to make athletic catches that no one would expect to be made, with only Harrison Bader outperforming him in UZR and UZR/150 among players with at least 200 innings in center. For the old-school, Buxton committed only two errors, for a fielding percentage of .991.

Still, one cannot overlook the missed time and injuries. In 2019, Buxton has proven himself as a hitter, in 2020 he needs to prove he can stay healthy.