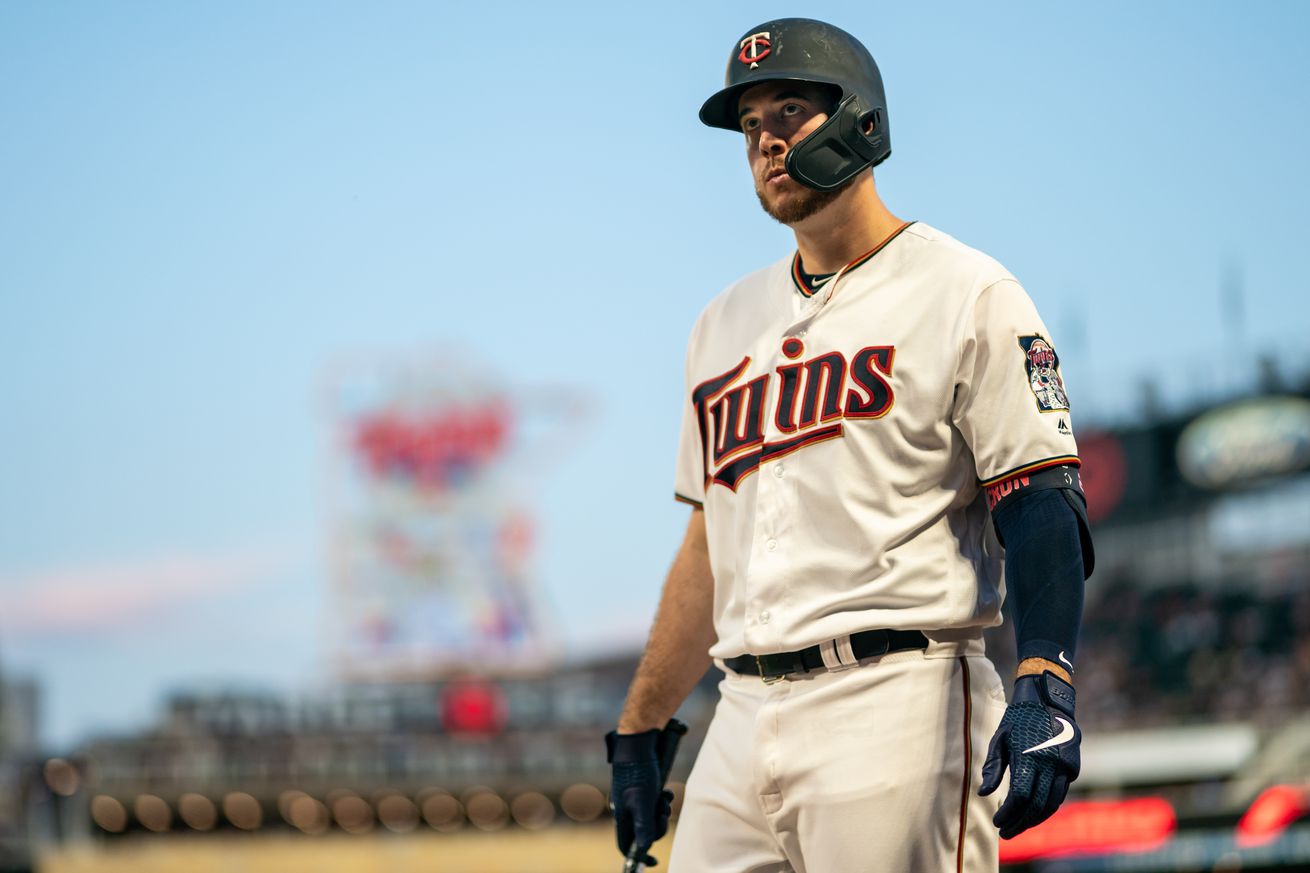 Who passes, and Who fails?

Today brings the first installment of a series that will grade the individual performances of the key members of the 2019 Twins (you’re nuts if you think I’m going to do it for some random guy that played a handful of innings in September. Lookin’ at you Ian Miller.) Each player will receive a classic grade on the scale of A through F, based on their hitting, fielding, and whatever else the author wants to consider. Today we start at first base, with C.J. Cron.

Cron was picked up on waivers this winter, after a career year in Tampa, the Rays chose not to pay his relatively modest salary, and the Twins saw an opportunity to improve on Tyler Austin at first. In 2018, Cron played 140 games, hit 30 home runs, and batted .253/.323./.493. The Twins got pretty much the same from Cron this season, despite fears from the peanut gallery that 2018 would be an outlier for him.

The 2019 version of C.J. Cron only appeared in 125 games, primarily due to a nagging thumb injury. He still managed to rake in 25 bombas, and hit .253/.311/.469—he pulled the old Chris Davis and put up the same batting average in consecutive years.

On the field Cron put up a nearly league-average fielding percentage (I know, you all hate that stat) of .992, when average was .993. He committed eight total errors in nearly 1000 innings. On the plus side, his range factor was somewhat above average, checking in at 8.95 RF/9, while the league average was 8.33.

All of that translates into 1.1 oWAR for Cron, meaning his bat was worth roughly one run more than a replacement level player would have been. His fielding was worth -0.3 dWAR, but overall his play added up to 1.4 total WAR. Don’t ask me how, I’m, just a salesman. If you like even more advanced measurements, Cron was worth two runs above average as a hitter, and two as a fielder, while being worth -1 runs on the basepaths. When combined with a positional scarcity penalty of -7, he ends up being worth -0.3 Wins above average. In other words, advanced stats think that Cron is better than a replacement level player, but slightly worse than an average MLB starting first baseman.

In a nutshell, Cron was better than replacement level, but was largely a league-average player.