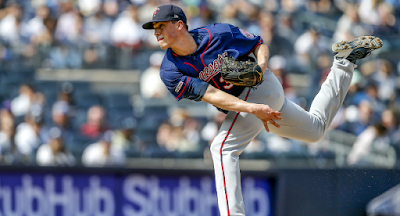 There’s been no larger point of contention for the Minnesota Twins in 2019 than the bullpen. While the starting rotation has dealt with ebbs and flows, it was the relief corps that constantly faced criticism. After acquiring Sergio Romo and Sam Dyson at the deadline, the group improved. Brusdar Graterol has now debuted, and both Trevor May and Tyler Duffey have stepped up. It’s a September call up that could be among the most beneficial though.
Midway through the summer of 2018 Paul Molitor’s best and most trusted relief arm was Trevor Hildenberger. The side-armer owned a 2.80 ERA and .661 OPS against through his first 42 appearances a season ago. Unfortunately, those came in the Twins first 79 games. By all measures, Molitor had run him into the ground, and things went drastically off the tracks from there.
Hildenberger blew his first save on July 15 last year. He made 31 appearances from that point forward totaling a 9.64 ERA and 9.95 OPS against. Opposing batters teed off on his pitches and it carried over to the 2019 season. Starting the year in Rocco Baldelli’s pen, Trevor owned an 8.36 ERA through 14.0 IP before being optioned to Triple-A Rochester. The ineffectiveness continued there, and he was eventually put on the shelf.
Fast forward a few months and back to full health, Minnesota’s former high leverage on was on the track back to the bigs. Across eight post IL appearances (12.1 IP), Hildenberger owned a 0.73 ERA and .315 OPS against. He struck out ten batters and walked one while giving up just a single run on six hits. That’s obviously an incredibly small sample size, and almost half of that work came in the Gulf Coast League, but if we want encouraging signs then this is it.
There’s a lot we don’t yet know, and Baldelli doesn’t have much runway to figure things out. We can assume that Hildenberger will get something less than 15 innings the rest of the way to prove his value. What we do know is that this is a guy who has gotten it done for the Twins in the biggest of spots previously. Adding that type of arm to a Postseason run could be something substantial, and completely out of the question even a month ago.
With a lineup as good as Minnesota has, they’ll never find themselves out of a game. Now having significant options on the mound, they also find themselves in a much better position to make a run into October that had some serious uncertainties prior to the trade deadline. Adding pieces from outside of the organization was always going to happen. Arms emerging from within, and especially those who have previously shown a strong ability, is a testament to hard work and internal development.
If Hildenberger is truly back for Minnesota, that’s something everyone can get on board with.