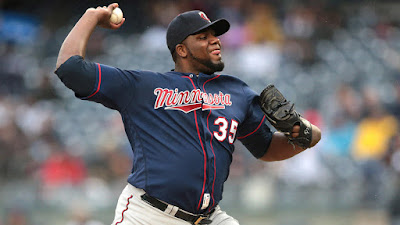 Why can’t we have nice things? Maybe that’s a common refrain, but then again shouldn’t it be why does common sense escape so many? As Michael Pineda now faces a 60 game suspension, ending his season and ability to help the Minnesota Twins in the Postseason, we’re left shaking our heads as to why cheating is always defined as a mistake.

There’s zero denying that Michael Pineda knew what he was doing. Ingesting a diuretic that he obtained from a “close acquaintance” is the same tired excuse we’re often fed. You see, those that lack common sense also have this belief the world around them follows suit. Here’s the reality, Pineda got caught and still can’t own it so he’s going down with the ship.

If there was no ill intentions in taking the drug, Pineda could have quickly reached out to team doctors or trainers for an opinion. He made a choice to forego that route because of the assumed answer. Whether Pineda believed there would be substantial helpful effects for whatever he was trying to mask or not, he chose to turn from a protocol that would’ve been in the best interest of himself and moreso his team.

In the end it’s really the Twins that lose here. After paying $2 million on the belief they’d get to monitor rehab and then get a productive pitcher in 2019, they got an $8 million tab that ran out right when they needed it most. Pineda has been Rocco Baldelli’s best starter since being shut down for 10 days on May 27, and Minnesota went 11-4 in the 15 games he started. This was supposed to be Jose Berrios’ staff, but it was Big Mike that looked the part of ALDS game one pitcher. Not anymore.

Nothing about this suspension changes the Twins outlook when it comes to playing in October or winning the AL Central division. Both of those things will still happen. Where the fallout comes is in how and what Minnesota does to compete against the best of the best. You can get by with three elite starters or four quality ones in Postseason play, but the Twins now have two wild cards, an ill asset, and a handful of unproven commodities. It’s been the Bomba Squad all year, and the pen has stepped up of late, but the need has now never been greater.

An era or so ago when PED usage ran rampant in baseball (thank you Bud Selig), I had no problem with the best looking for that advantage. Now the ball is juiced and the playing field is leveled that way. Testing is stricter than it’s ever been though, and the sport has since decided drugs have no place in the game. To continue operating that way is as selfish as it gets, and only hurts your club. Pineda will still get paid next season, and he makes a healthy sum for 2019. The fans and players looking to make a splash this season now all lose.

This is a story we’ve heard plenty of times before. It’s an excuse and apology we’ll hear plenty of times again. No amount of money can buy common sense, and unfortunately for the Twins, Michael Pineda’s desire to be about himself is the latest example.