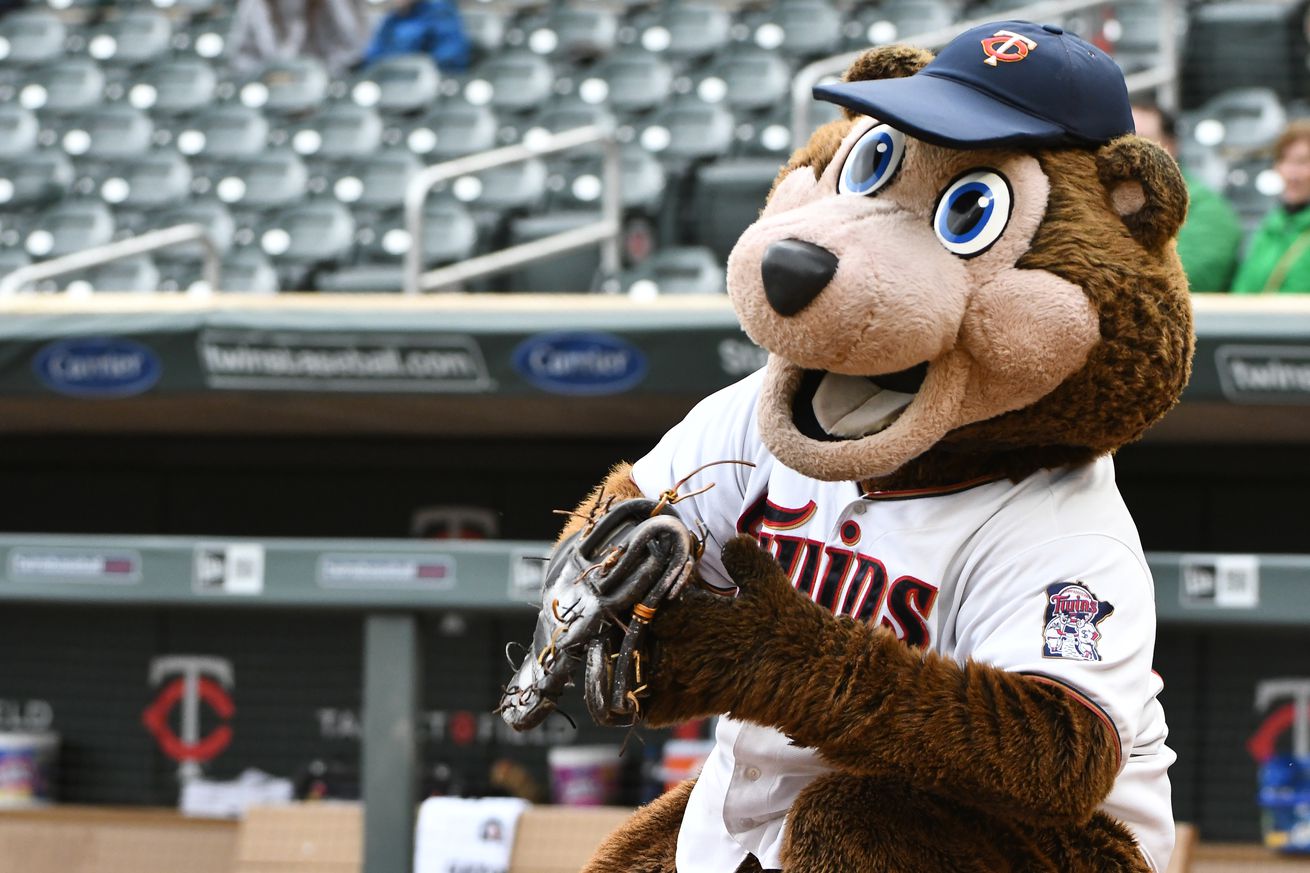 Maybe payroll had something to do with it as well. Who knows?

If you didn’t hear, the Minnesota Twins and Greg Wilfahrt (that’s his real name, not part of the satire – are you in middle school or what?) recently parted ways. “Who is Greg Wilfahrt?” you may be asking. He was the person inside the T.C. Bear costume at the Twins games, holding babies, winning pre-game home run derbies, and getting the crowd pumped up. The Twins and Wilfahrt have not disclosed the reason for the separation.

Another bit of news that was lost in the kerfuffle was that the Twins actually parted ways with T.C. Bear altogether. Chief Baseball Officer Derek Falvey explained that T.C. Bear was not willing to learn about and incorporate advanced statistics into his repertoire. “T.C. basically rejected anything about advanced stats,” said Falvey. “We tried getting him to hold children at a certain angle to make it more comfortable for the kids. We talked to him about raising his arms and bending his legs in certain directions to get different emotions out of the crowd, but he didn’t budge.”

“He almost hit me in the face with that damned flag,” said skipper Rocco Baldelli. “It was after a big win in the middle of the season and the bear just was waving the flag around and came about two inches from my face.”

General Manager Thad Levine said that part of it was T.C. always initiating “the wave”. “Oh I hate the wave,” Levine said. “Nobody likes it, but they all take part in it. It’s like they see it coming and they say, ‘Oh damn, I guess if I don’t take part in this, I’m going to look like a real doofus.’ The move was to really cut down on it so everyone can feel comfortable at the ballpark, whether they are pro- or anti-wave.”

Eddie Rosario, keeper of the Rally Squirrel, said that the mascot and the Rally Squirrel did not get along too well. “He almost killed [the squirrel] when he saw it,” Rosario explained. He had to talk T.C. down from almost taking the stuffed animal from his hands and ripping it apart.

Twins owner Jim Pohlad said another part of it was payroll. “If the fans keep bitching about wanting front-end pitchers [for the rotation], we gotta start making cuts somewhere. Let’s see if they like that.”