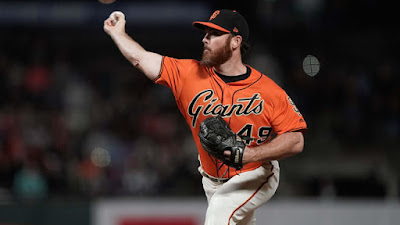 For weeks we’ve heard talk of the big names. Madison Bumgarner, Will Smith, and Noah Syndergaard were all assets expected to be moved at the July 31 trade deadline. Because the Minnesota Twins are one of the best teams in baseball they were consistently linked to the best gets, and so too were every other major market. In the end, that trio went nowhere, but it’s in how Minnesota executed on their moves that makes the maneuvering something to get behind.
Without hammering out more thoughts on Sergio Romo, it’s hard to see that move as anything but a come up. I already wrote about the move when it happened over the weekend, but they turned a guy who was going to be lost during the Rule 5 draft into a strong reliever and an equal or better prospect. Knowing the goal was relief help, Derek Falvey struck early on the former Marlins close.
As the deadline neared on Tuesday afternoon, apprehension began to set in. Hours faded away, they turned into minutes, and the 3pm CT mark came and went. Then there was a tweet Darren Wolfson sent simply saying, “Stay tuned.” As long as deals are finalized with the league office prior to the cutoff, they go through. Having not yet been reported, Minnesota was in fact making a move.
All along it was thought that Smith was the San Francisco Giants reliever on his way out of town. Stringing together some victories of late however, Bruce Bochy’s club is going to make one more run and held onto their top starter and reliever. In doing this, Falvey likely pivoted to what can be argued as a better get.
Sam Dyson is a 31-year-old reliever with closing experience. Having familiarity with Thad Levine from his Texas days, Dyson closed out 38 games for the Rangers in 2016. This year he’s posted a 2.47 ERA 2.74 FIP 8.3 K/9 and 1.2 BB/9. He doesn’t still throw upper 90’s like earlier in his career, but he sits in the middle and doesn’t give up free bases. Under team control through next season as well, this move plays into the future.

Going into the deadline I opined that the Twins could do no worse than two relievers with a starter pushing someone to the bullpen as gravy. None of the big relief names moved and Dyson represents the best arm to switch teams. Outside of Chris Martin, who is an impending free agent, Romo likely comes in above the rest as well.
If you find yourself disappointed that the likes of Thor, MadBum, or Greinke won’t be in the home dugout any time soon I’d like to offer some perspective. First and foremost, neither of the first two players switched teams. The Mets asked for the most important player on the Twins roster in the middle of a season, while the Giants we’re holding a big name with declining performance back for a king’s ransom.
Houston did well to land Greinke, and coming in after the buzzer he certainly provided the big bang to end the day. The former Diamondbacks starter would’ve been an ideal candidate for Minnesota as adding salary is certainly an avenue they could’ve went down. He would’ve helped to solidify the rotation and also is under contract. He is 35-years-old though, and most importantly had a full no-trade clause. It was his choice where he went, and that wasn’t here.
Almost as what the Twins got at the deadline is what they held onto. With the big names floated for weeks, so two were prospects like Royce Lewis, Alex Kirilloff, Brusdar Graterol, and Trevor Larnach. Falvey added talent in the most necessary part of the roster without giving up a single top 20 prospect. Lewin Diaz was the highest ceiling moved, and he was unquestionably buried behind some better depth. Jaylin Davis is having an incredible 2019, but it’s come out of nowhere and again is in an area of depth.
You want to see a team start to push chips in when a window opens, but you must be certain that it isn’t just cracked. The Astros have made waves the last two seasons now in the midst of a third straight 100 win campaign. The Cubs traded Gleyber Torres in a final piece World Series move after winning 97 games the year prior, and are now looking at a fifth straight 90 win campaign. Those types of moves are risky but were beyond substantiated.
Minnesota should win 100 games this year but it comes on the heels of a losing season. This core looks the part of a team that should be a Postseason and World Series contender for at least the next five seasons. They have no less than 15 players that are impact talent and will be 32-years-old or under four years from now. Rocco Baldelli’s 25-man roster is good enough right now to beat anyone in the Postseason. In 2020 and beyond, some of the additional depth can be turned into more talent, as the opportunity stays present.
To summarize the past few weeks that led up to a frenzied couple of hours today, Derek Falvey and Thad Levine showed poised perfection in how they handled talent acquisition. The big league club got substantially better. The farm system did not get any worse. Sustained winning is still a probable outcome and the team from Twins Territory is as dangerous as it’s ever been.