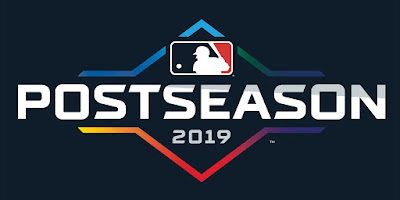 Taking a view at the Major League Baseball Postseason there’s an incredible number of great storylines to follow. You have the lowest payroll in baseball making the field, a major league record setting home run lineup, and a handful of expected participants. For the next month we’ll be treated to the culmination of a 162-game schedule used to produce only the best of the best.
Looking back at how I saw things entering the year, I didn’t do too horribly. Looks like I’ll nail a couple of award winners, and four of the six division champs. From there things went downhill, but this is our chance to get it right in October. Let’s get into it. 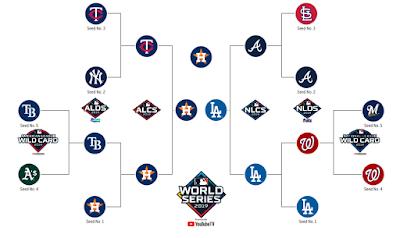 Wild Card Round:
Rays over Athletics
Nationals over Brewers
We’ve got two intriguing matchups for a one-game situation here. In the American League Tampa Bay is probably the most welcoming team of needing to win a single game. They’ve pieced together nine inning affairs all season long and they still have frontline pitching in the rotation to come out firing. I like the Oakland lineup a good deal more than what Tampa brings to the table but believe that this game will be won on the bump.
In the National League we get two teams that got hot down the stretch. Milwaukee is without their MVP, and the pitching is a definite question mark there, but they’ve had some key contributors step up in big ways. I liked the Nationals as a World Series team before the season started, and I still wouldn’t be shocked if they made a run. Their rotation rivals that of the Houston Astros at the top, and the lineup is filled with guys that can burn you. There’s zero denying the bullpen is a complete mess, but if they could provide some room for the starting arms, they’ll ride them hard.
Divisional Round:
Twins over Yankees
Astros over Rays
Braves over Cardinals
Dodgers over Nationals
Arguably the greatest narrative going into the Postseason is the history Minnesota brings with it. They haven’t won a game in October since 2004, and they’ve been dominated by the New York Yankees. One thing about that rings certain though, it’s history and you can bet no one in that clubhouse gives a damn. The pitching matchups, rotation and bullpen, are relatively even. So, to are lineups that went one-two in home run production this season. James Paxton being a lefty against the powerful righty Twins lineup will set the stage in game one. If the Twins steal one in New York, and they’ve been great on the road, this series will get interesting quick.
I don’t think you can make much argument against Houston being the best team in baseball. They have the rotation, bullpen, and lineup to compete with anyone. Charlie Morton will do his best against his former team, but I’m not sure that Tampa has the lineup to hang with the Astros over the course of a five-game series. The pitching matchups with Blake Snell and Tyler Glasnow contributing are going to be great, and I wouldn’t be shocked to see this be a bit of a test for A.J. Hinch’s club.
If there’s a team that could surprise in the National League, I think it’s the Braves. They’re filled with youth that’s contributing in big ways, and their lineup is as potent as anyone. Josh Donaldson has re-emerged as a star, and his presence with Freddie Freeman should provide plenty of veteran leadership for Brian Snitker’s club. St. Louis performed admirably down the stretch to put themselves in this position, but I’m not sure they were tested in the NL Central. They’ll take a game or two, but just don’t see enough here for any real noise.
I’d still love to put the Nationals in a position to make the World Series, and while Los Angeles has some bullpen woes of their own, I just don’t trust Washington enough behind their three horses. Juan Soto is going to be fun on a big stage, but the Dodgers are littered with talent and they’ll pull the right strings to advance. Dave Roberts has been here plenty, and wanting to get over the hump, this is probably his best opportunity.
Championship Round:
Astros over Twins
Dodgers over Braves
There’s a significant amount of parallels between Houston and Minnesota. Similarly constructed organizations at this point, the Twins are still looking at the Astros in a light of what they aspire to be. In a seven-game series when Justin Verlander, Gerrit Cole, and Zack Greinke can all take the ball twice if need be, Rocco Baldelli’s piecemeal rotation is going to be up against it. Minnesota is going to need to blast their way to victories at the hitter friendly Minute Maid, but they’ll be doing it against arms that have no intention of giving up runs. It will be fun to see the Twins garner this experience, and while nothing is certain next year, there’s a good deal of returning youth that can use it as fuel to a fire propelling them to take the next step.
A toss up goes to the favorite here. If the Dodgers pen is going to be exposed before the World Series, this is the lineup capable of doing it. Atlanta is the real deal offensively, and while they’ll face Walker Buehler, Clayton Kershaw, and Hyun-Jin Ryu, there’s no one they’re going to be afraid of. Cody Bellinger could have wrapped up an MVP when the regular season concluded, and though he slowed down some in stretches this year, elevating when the lights are brightest wouldn’t be unexpected for the young star.
Two top seeds matching up together, the two best teams in baseball for much of the year, let me have it.
World Series:
Astros over Dodgers
Just too good to get knocked off, and too hungry to be denied, Houston gets back to the top of the baseball world. Houston didn’t revamp their whole way of operating and develop this much talent to win one title. After falling short in 2018, they’ll get their second ring in three years. Alex Bregman looks like an MVP candidate, Yordan Alvarez is the unquestioned AL Rookie of the Year, and there’s a host of veterans that make this the most dangerous organization in the sport. I don’t expect a veteran club like the Dodgers to put up anything short of a difficult test, but Houston would need to get in their own way to come up empty handed here.