There has never been a more important year of football in Minnesota Vikings tight end Irv Smith Jr.’s career.

He’s currently set to enter the final year of his NFL contract before hitting free agency in 2023. Whether he stays with the Vikings or signs elsewhere will be determined by what he does on the field. His performance will set the terms for his worth on the open market moving forward.

The talent and potential is certainly there for Smith to be a star, but NFL teams aren’t handing out big contracts and guaranteed money to tight ends on the mere possibility of greatness.

No, Smith needs to add substance to the hype.

There were certainly flashes of it coming into 2021 before he went down with a season-ending knee injury. The improved blocking, smooth route-running and acrobatic catches were all there for the former second-round draft pick out of the University of Alabama.

All of the high-rising potential for a breakout season was on full display at training camp.

This is the year where Smith must take all of it from the practice field and show it on game day. The Vikings are loaded to the teeth with offensive weapons. So there will be plenty of opportunities for him to exploit opposing defenses and make plays.

A player with his size and skills is a rare commodity at this level, and coach Kevin O’Connell will do everything within his power to make the best use of him in the offense.

This is obviously a wait-and-see approach from the Vikings as well. Time will tell if they’re actually willing to let his contract expire and play the free agent game with him in the offseason.

But it’s clear the Vikings want to see more from him before they make the splurge.

It’s Smith’s job to prove he’s worth the money to the team that drafted him—or, possibly another team out there quietly eyeing him from afar.

3 Vikings players with most to prove in 2022 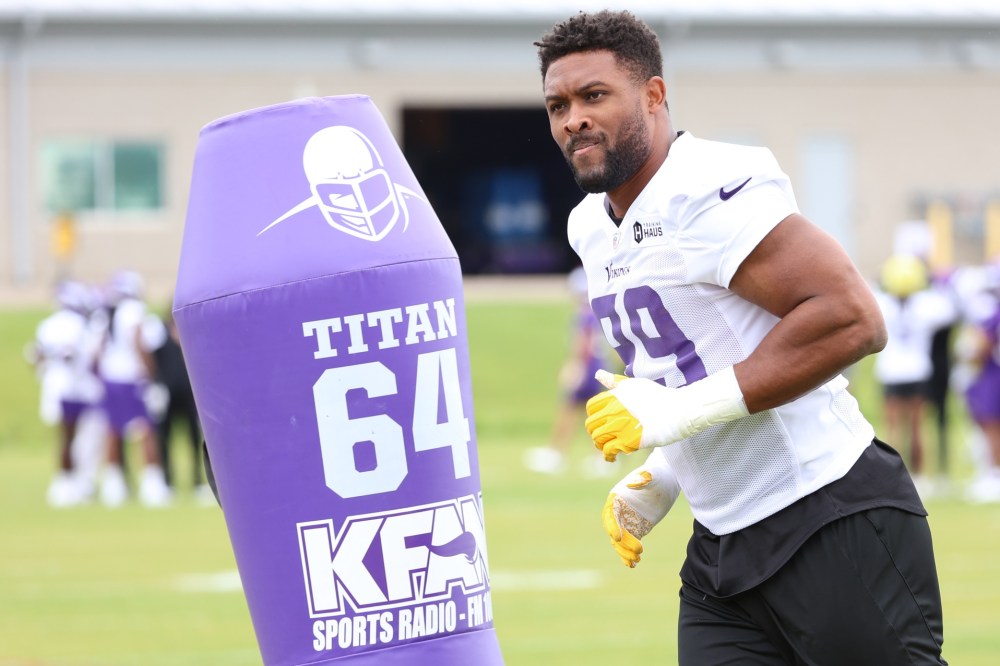