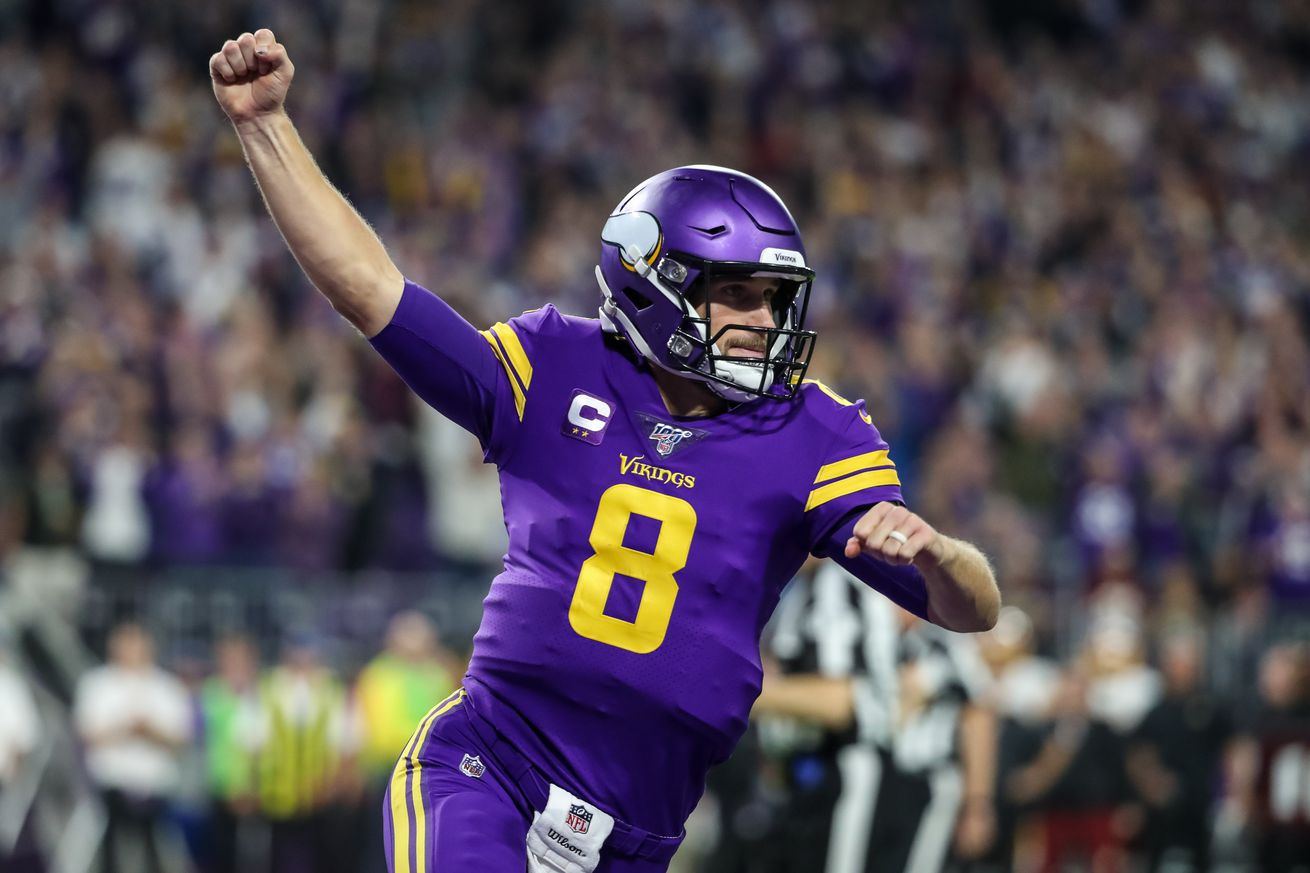 It wasn’t pretty, but it got the job done

It might not have been the sort of final score that many of us. . .including myself. . .were anticipating, but in the National Football League, a win is a win.

Behind some pretty solid defense and four Dan Bailey field goals, the Minnesota Vikings knocked off the Washington Redskins on Thursday Night Football by a final score of 19-9.

After both teams fumbled on their opening possessions. . .Stefon Diggs for the Vikings and Case Keenum for the Redskins. . .the Vikings got the game’s first points, as Dan Bailey connected on a 50-yard field goal to give the purple a 3-0 lead.

Washington tied it again just after the two-minute warning, as Hopkins connected from 30 yards out to tie the game at 6-6.

The Vikings got the first touchdown of the game just before the half, as Dalvin Cook went over from four yards out with just seven seconds left on the clock to give Minnesota a 13-6 lead going into the locker room.

Washington started the second half with rookie Dwayne Haskins at quarterback, as Case Keenum was placed in the concussion protocol and was later declared out for the game.

The teams exchanged field goals in the third quarter, with Bailey connecting from 27 and Hopkins hitting from 43 to make it 16-9.

The Vikings rolled the dice late in the third quarter, choosing to go for it on 4th-and-inches from their own 35-yard line. They called a sneak for Kirk Cousins, but he was turned away by the Washington defense for a stop. Minnesota’s defense made it a moot point just two plays later, thanks to Anthony Harris.

Haskins INT – Had McLaurin over the middle, sailed his throw. Aikman on commentary pointed to Haskins’ low elbow which has a tendency to cause it to sail. #Redskins pic.twitter.com/Ci9q2J88FN

The Vikings followed the interception with another Bailey field goal, his fourth of the night, from 40 yards out to extend the lead back to 19-9.

Cousins had an outstanding night throwing the football, completing 23-of-26 passes for 285 yards. Of his three incompletions, one was a dropped screen pass by Dalvin Cook and the other two were passes he just threw away. Stefon Diggs had another huge contest, as he caught seven passes for 143 yards. Olabisi Johnson had a pair of catches for 27 yards, and Irv Smith Jr. (21 yards) and Kyle Rudolph (17 yards) each had three catches. Laquon Treadwell also got into the scorebook, catching a pass for one yard.

It was another big game for Dalvin Cook as well. He ran the ball 23 times for 98 yards and the only touchdown of the evening for either team. He also caught five passes for 73 yards, mostly in the screen game. Alexander Mattison had another very nice performance in relief of Cook, carrying the ball 13 times for 61 yards.

The Vikings did not allow a touchdown to the Redskins, who have now gone two consecutive games without putting the ball into the end zone. They also did not punt on the evening.

Minnesota runs their record to 6-2 on the year, and now get a “mini-bye” before what should be a very interesting trip to Arrowhead Stadium in Week 9 to take on the Kansas City Chiefs. The Redskins fall to 1-7 and travel to play the Buffalo Bills in Week 9 action.

The Minnesota Vikings enter the midway point of the season with a record of 6-2, as they hold off the Washington Redskins on Thursday Night Football by a final score of 19-9. Thank you to everyone that got their coverage of tonight’s game right here at The Daily Norseman!