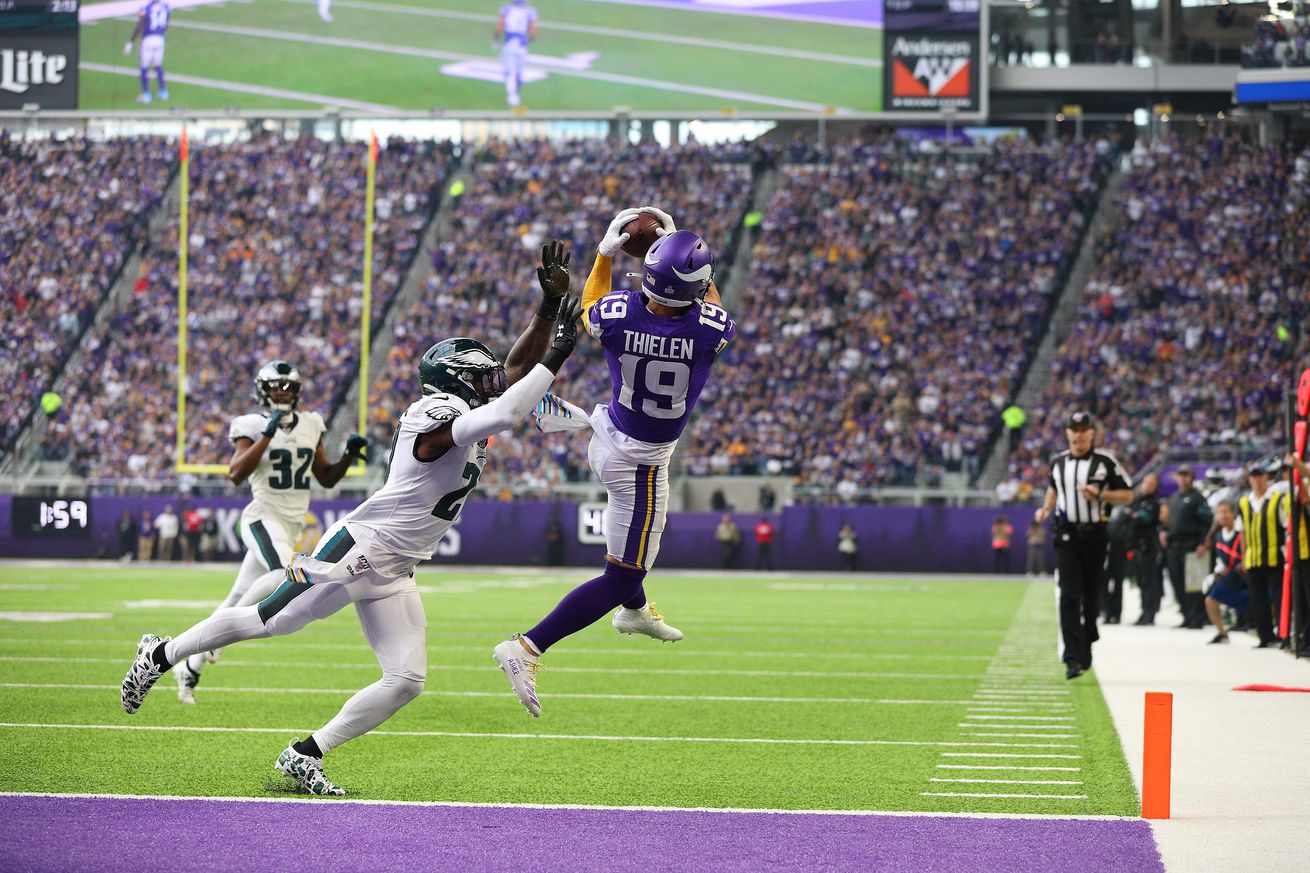 On Wednesday, the Minnesota Vikings released their final injury report leading up to their game against the Washington Redskins on Thursday Night Football, and there was some bad news on it, but it wasn’t totally unexpected.

Adam Thielen’s streak of 87 consecutive games will officially come to an end tomorrow, as he has been declared OUT for Thursday night’s game. He was optimistic that he would be able to go for this one, but getting his balky hamstring ready after a short turnaround has proven to be too big a task. Hopefully he’ll be full go for the Vikings’ game in Week 9 against the Kansas City Chiefs at Arrowhead Stadium.

The Vikings’ injury report is pretty short, other than that.

That’s it. That’s everybody. Holmes had not been listed on the injury report prior to today with whatever illness he’s contracted. Everybody else that had been listed on the report over the course of the past couple of days was not given any designation and everyone on the roster outside of Holmes and Thielen practiced in full on Wednesday.

The list for the visitors, on the other hand? Well. . .it’s quite a bit longer.

I know that Peterson is listed on the report for the Redskins, and he apparently has both a “low” and a “high” ankle sprain. . .but I’m guessing he’ll be out there. Still, Washington has already declared five players out for Thursday, and they’re still without offensive tackle Trent Williams, who has loudly declared that he’ll never play for the Redskins again.

There are your injury reports for Thursday night’s game, ladies and gentlemen. We’ve still got plenty more for you as we get closer to kickoff, so be sure to keep your browser pointed right here. Just, you know, hit that F5 key every so often.