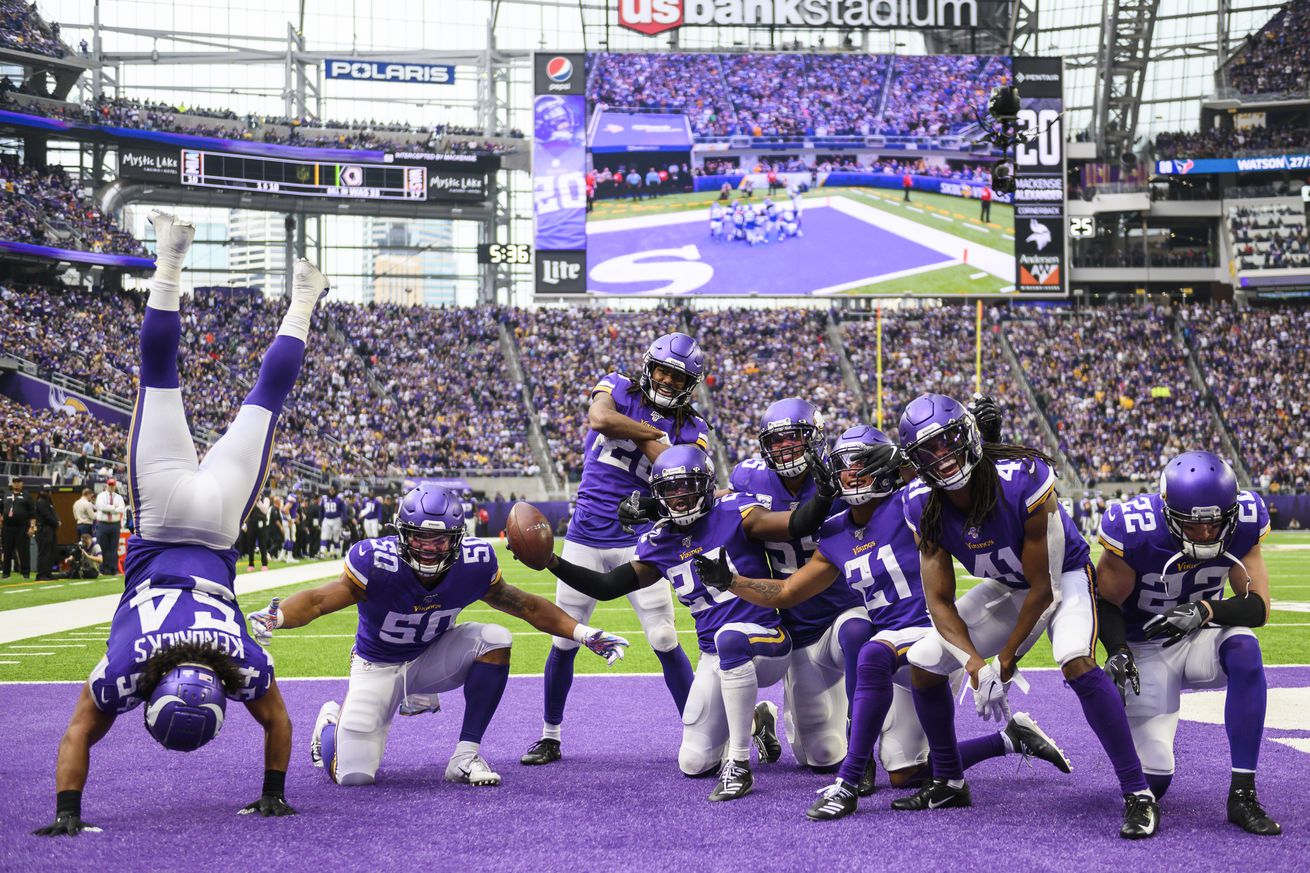 Who has been the best Vikings’ defender so far?

Our Midseason Awards for the Minnesota Vikings continues, as we move ourselves to the defensive side of the football for our Defensive Player of the Year voting. The Vikings, as expected, are once again fielding one of the best defenses in the National Football League this season, and have had no shortage of great individual defensive efforts. But, to this point, who has been the Vikings’ best defensive player this season at the halfway point?

Anthony Barr, LB – How many times a day do you think #55 pats himself on the back for changing his mind about going to New York? He’s being overshadowed by his current pro (and former college) teammate so far this season, but he’s been doing everything the Vikings have asked him to do, whether it’s chasing down quarterbacks or dropping back in coverage.

Everson Griffen, DE – He might not have the numbers at this point, but after everything he went through last season, it’s great to see Sack Daddy get back into form this season. He’s tied for the team lead in quarterback hits this season with 13, and has collected 4.5 sacks through the first eight games of the season.

Anthony Harris, S – Harris doesn’t get a lot of love outside of Minnesota, but he’s once again playing like one of the better safeties in the National Football League. He currently leads the Vikings with three of the team’s eight interceptions so far, and is playing like someone that’s got a new contract on the horizon. . .which he does.

Danielle Hunter, DE – I’ve said this before, but I’ll say it again: It’s a good thing the Vikings locked Danielle Hunter into a long-term contract when they did, because I can’t imagine what he’d be worth now if they hadn’t. Hunter is averaging a sack per game so far, and has had at least one sack in seven of the Vikings’ eight games this year. He also has ten tackles for loss and 13 quarterback hits, tying him with Griffen for that mark.

Linval Joseph, DT – The big man has been hungry again this season, and is leading a defense that is once again shutting down the run. The Vikings are sixth in the NFL against the run and have allowed just one score on the ground this year. Joseph has been a big part of that, but he’s also getting to the quarterback this season when needed. He’s got three sacks on the season, just one shy of tying his career-high of four.

Eric Kendricks, LB – A lot of players on the Minnesota defense have been up-and-down this season, but Kendricks is the one guy that has been there every single week, without fail. He’s leading the team in tackles by a wide margin, and here’s a number to blow your mind: He’s tied for the NFL lead in passes defended. He has 10 passes defended through eight games, giving him one more PD on the season than Xavier Rhodes (3) and Trae Waynes (6) combined.

Harrison Smith, S – Smith is still one of the best safeties in the National Football League, and forms (arguably) the league’s best tandem at the position with Harris. I’ve said on numerous occasions that Smith is the one member of the defense the Vikings can least afford to lose because of everything he does, because he’s just so rarely out of position. He’s currently second on the team in tackles and tied for second on the team in passes defended.

I think that covers just about everyone, folks. Let us know who you think the Vikings’ Midseason Defensive Player of the Year is!