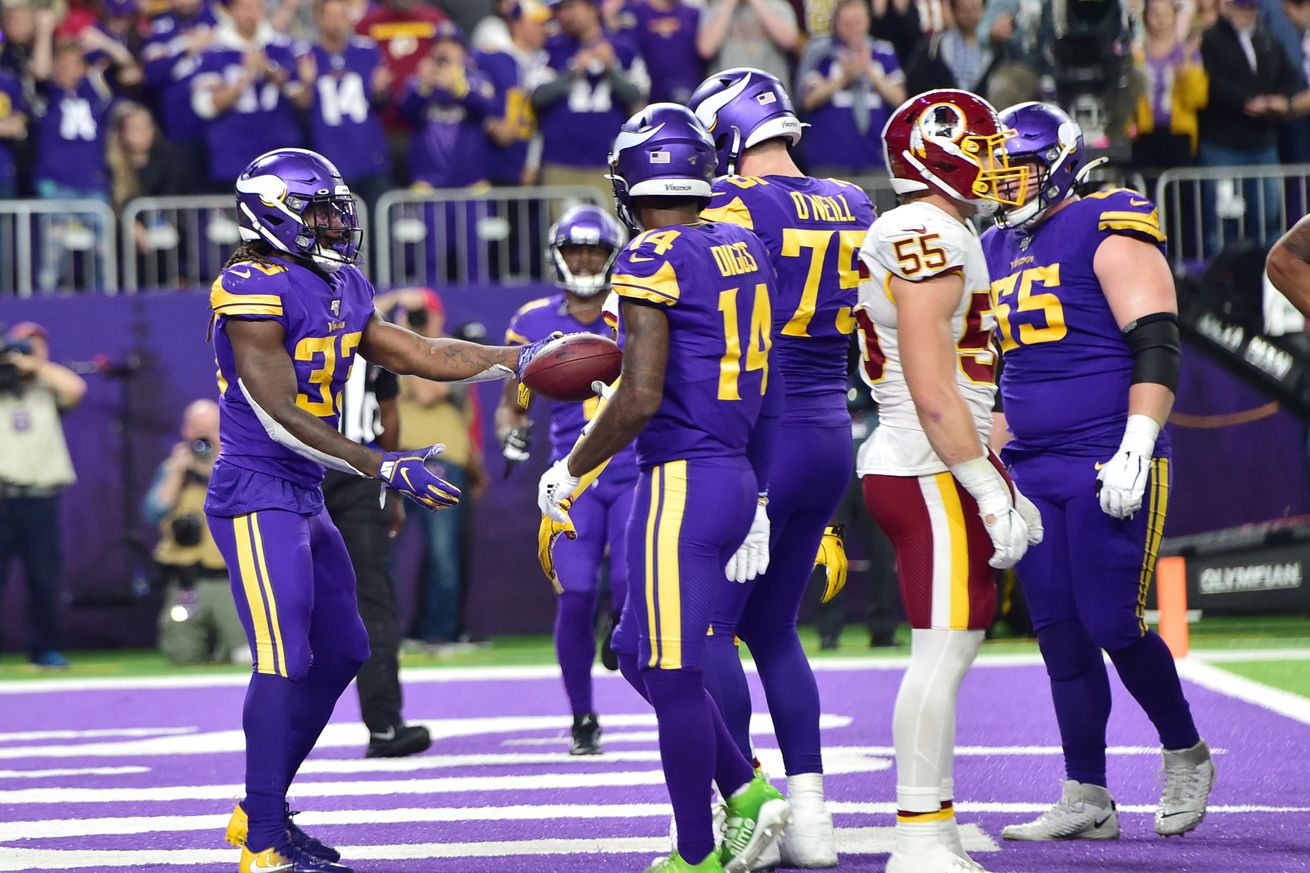 Who has been the best player in purple this season?

I know we had a bunch of nominees for both the Offensive and Defensive Players of the Year Awards, but I’m not sure if they all merit consideration for Most Valuable Player at this point. So, I’m going to limit this one to the players that I think everyone is expecting. If people want to make a case for other players, they can do so in the comments section.

With that, here’s who I’ve got for Minnesota Vikings Midseason Most Valuable Player.

Dalvin Cook, RB – We said all offseason that a healthy Dalvin Cook is a difference-maker in this Vikings’ offense, and that’s proven to be the case this year. At the midway point of the season, he leads the NFL in rushing with 823 yards, and already has as many rushing touchdowns this season as the Vikings had as a team in all of 2018, finding the end zone nine times on the ground. He’s also been a huge threat in the passing game, as he’s third on the team in both receptions and receiving yardage.

Kirk Cousins, QB – Who would have expected this a month ago, huh? After eight games, Cousins has the highest quarterback rating in the NFL at 115.2, and has 13 touchdown passes to just three interceptions thus far. He’s still going to have his skeptics and detractors, but there’s no denying that he’s been on fire for the past four weeks after a very rough start to the 2019 season.

Stefon Diggs, WR – I’m old enough to remember when Stefon Diggs wanted out of Minnesota and was skipping practices and all sorts of crazy stuff. Now, he’s on pace to have his best season in the National Football League, as he’s at 706 yards through the first eight games and is averaging a ridiculous 19.1 yards/reception. It’s probably not an exaggeration to say that he saved the Vikings’ 2019 season with his actions after the Chicago loss, so we can throw that in for consideration, too.

Danielle Hunter, DE – I’ve said this before, but I’ll say it again: It’s a good thing the Vikings locked Danielle Hunter into a long-term contract when they did, because I can’t imagine what he’d be worth now if they hadn’t. Hunter is averaging a sack per game so far, and has had at least one sack in seven of the Vikings’ eight games this year. He also has ten tackles for loss and 13 quarterback hits, tying him with Everson Griffen for that mark.

Eric Kendricks, LB – A lot of players on the Minnesota defense have been up-and-down this season, but Kendricks is the one guy that has been there every single week, without fail. He’s leading the team in tackles by a wide margin, and here’s a number to blow your mind: He’s tied for the NFL lead in passes defended. He has 10 passes defended through eight games, giving him one more PD on the season than Xavier Rhodes (3) and Trae Waynes (6) combined.

There you have it, folks. Who do you think the Most Valuable Player for the Minnesota Vikings is through the season’s first eight games?