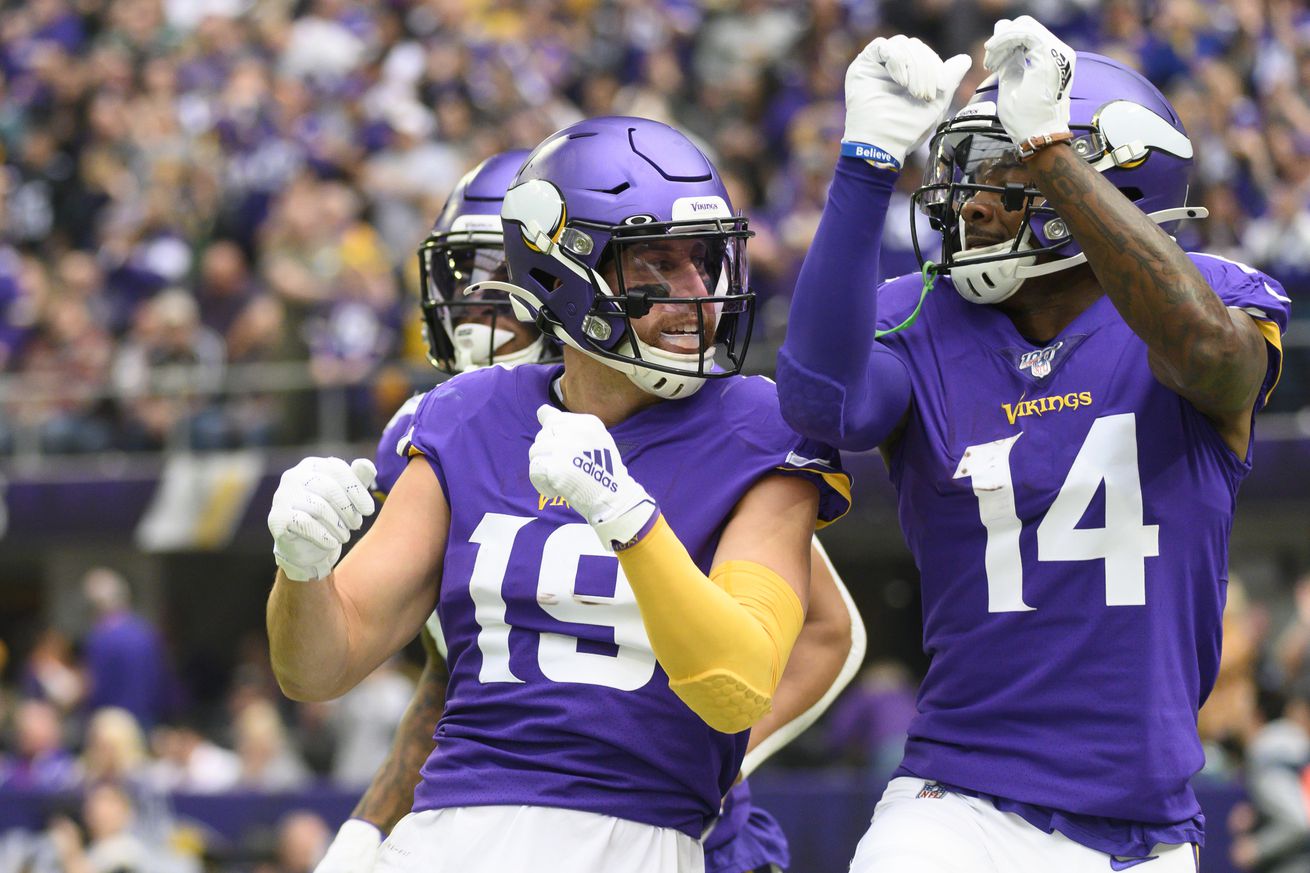 No shortage of candidates here, either

Dalvin Cook, RB – We said all offseason that a healthy Dalvin Cook is a difference-maker in this Vikings’ offense, and that’s proven to be the case this year. At the midway point of the season, he leads the NFL in rushing with 823 yards, and already has as many rushing touchdowns this season as the Vikings had as a team in all of 2018, finding the end zone nine times on the ground. He’s also been a huge threat in the passing game, as he’s third on the team in both receptions and receiving yardage.

Kirk Cousins, QB – Who would have expected this a month ago, huh? After eight games, Cousins has the highest quarterback rating in the NFL at 115.2, and has 13 touchdown passes to just three interceptions thus far. He’s still going to have his skeptics and detractors, but there’s no denying that he’s been on fire for the past four weeks after a very rough start to the 2019 season.

Stefon Diggs, WR – I’m old enough to remember when Stefon Diggs wanted out of Minnesota and was skipping practices and all sorts of crazy stuff. Now, he’s on pace to have his best season in the National Football League, as he’s at 706 yards through the first eight games and is averaging a ridiculous 19.1 yards/reception. It’s probably not an exaggeration to say that he saved the Vikings’ 2019 season with his actions after the Chicago loss, so we can throw that in for consideration, too.

Adam Thielen, WR – He’s not putting up nearly the numbers that he did last season. . .missing almost all of the past two games has something to do with that. . .but Thielen is still a huge part of the offense when he’s on the field. He still leads the team in touchdown receptions with six through the first eight games of the year.

I think that’s just about everyone that merits consideration on the offensive side of the ball, folks. Cast your vote for the Vikings’ Midseason Offensive Player of the Year!