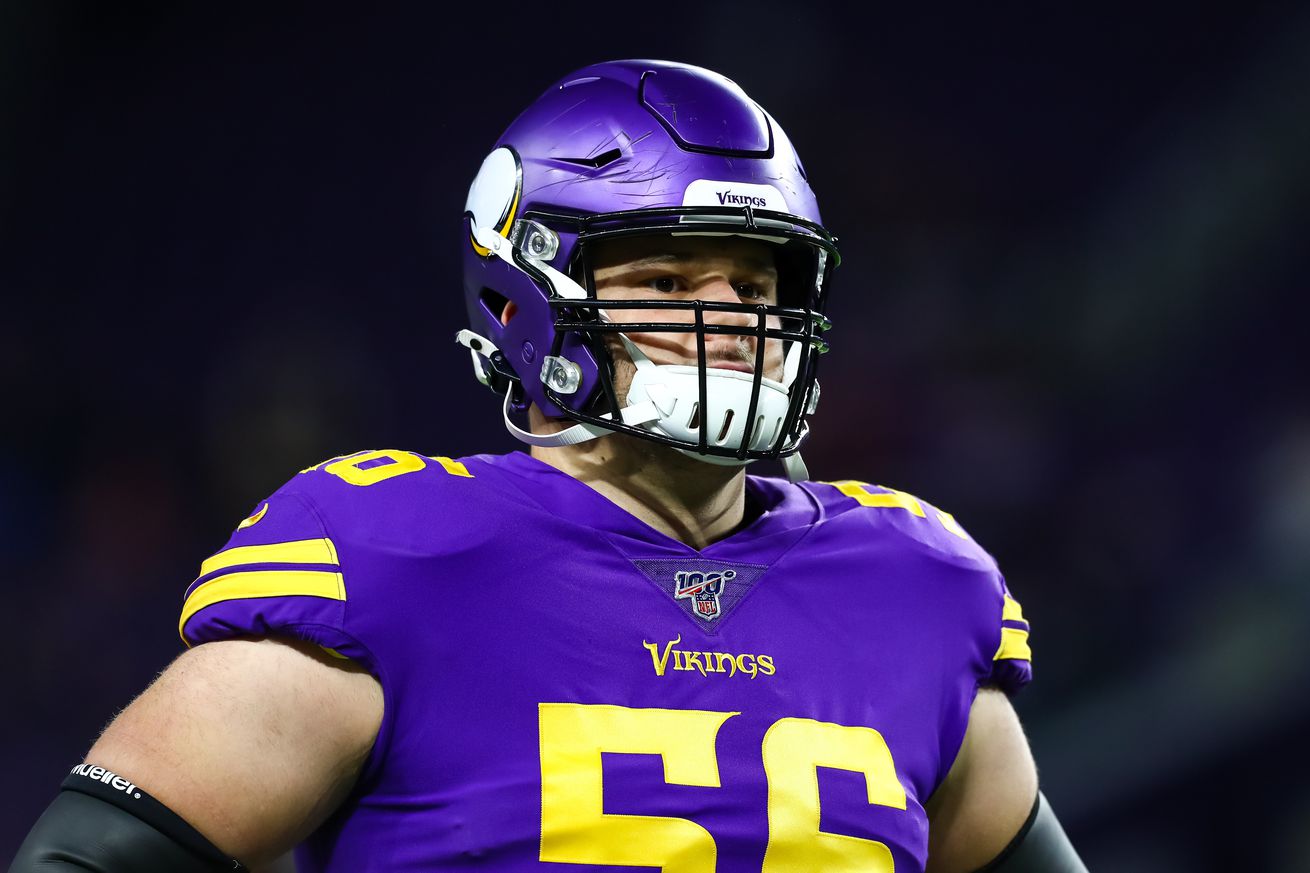 Who is the best first-year Viking so far?

Since we’re at the midway point of the season. . .and because we don’t have a game tomorrow to get prepared for. . .let’s take the pulse of Minnesota Vikings fans and talk about some midseason awards for our favorite team, shall we?

We’ll do a handful of these, starting with the Midseason Rookie of the Year Award. The Vikings had the biggest draft class in the NFL this past season, as they selected 12 players in April’s selection meeting, and 10 of them made the final roster. Even on a team as talented as the Vikings are, some of the first-year players have made an impact. Here are the candidates as far as I can see.

Garrett Bradbury, C – You expect a first-round pick to come in and immediately be an impact player, and after struggling over the first two weeks of the season, Bradbury appears to have turned it around. He’s helping to key one of the best rushing attacks in the National Football League, and has improved in pass protection every week as well.

Irv Smith Jr., TE – The Vikings drafted Smith in the second round to give them a threat opposite Kyle Rudolph in an offense that prominently features the tight end. He got off to a slow start as well, but he’s now fourth on the team in receiving yards (behind Stefon Diggs, Adam Thielen, and Dalvin Cook) and is averaging 11.6 yards/catch. Now, if we can just get Kevin Stefanski to run those screens he insists on running to Kyle Rudolph to Smith instead. . .

Alexander Mattison, RB – The Vikings needed a replacement for Latavius Murray in this year’s draft, and it would appear as though they got a pretty darn good one in Mattison. Despite not getting the bulk of the carries, he’s currently 21st in the NFL in rushing yardage with 331 yards on 68 carries. He has more rushing yards thus far than a couple of guys you may have heard of. . .Le’Veon Bell (326 yards on 100 carries) and Todd Gurley (311 yards on 82 carries).

Olabisi Johnson, WR – Even though Bisi Johnson didn’t win the #3 wide receiver job coming out of Training Camp, he’s asserted himself in the role since Chad Beebe’s injury. A seventh-round pick he’s caught 15 passes so far this year for 161 yards and a score.

I can’t see anyone else that really belongs in the discussion at this point, so we’ll leave it at that. Cast your vote, folks!