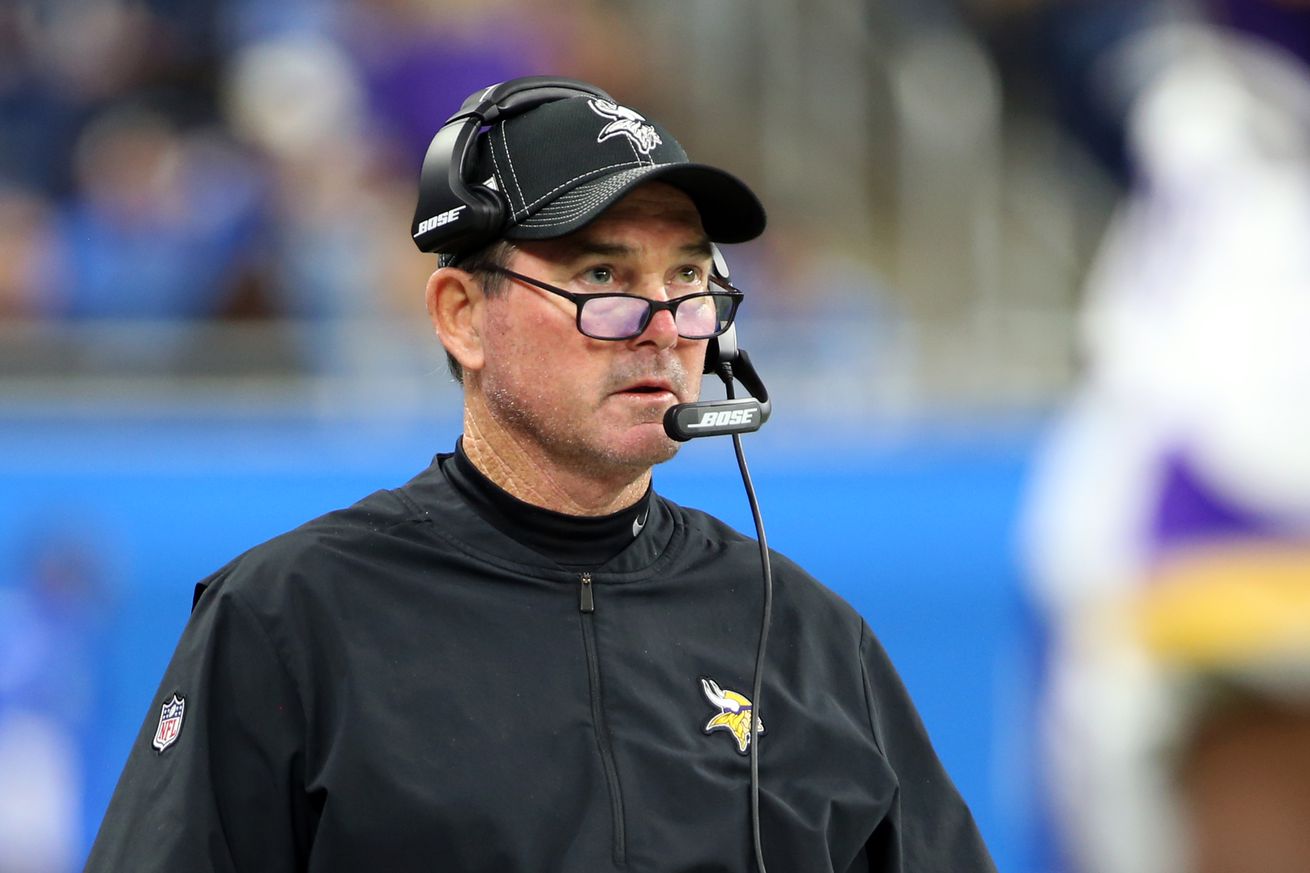 It’s game day and time for my annual rant. The NFL needs to get rid of the Thursday games in favor of patient safety, and the fact that they start at 8:20pm and I’m old and can’t stay up that late. Tonight’s game will feature two of my favorite former Vikings, Case Keenum and Adrian Peterson. AD was one of the only reasons our favorite team was watchable for a year or two, and Case QB’ed the 2017 season, which in my mind was the most exciting season since the halcyon days of Brett Favre. Both will always have a special place in my cold dark heart for their efforts with the Vikings. Meanwhile, let’s carry on with our news and links open thread full of beer recommendations, nap strategies, crock pot and smoker recipes. Drop by for some fan wisdom, snark and go ahead and start the tailgating early, it’s game day!

2019 NFL Week 8: Washington Redskins at Minnesota Vikings all the front page stories in one convenient place.

From Vikings.com FOX Sports Sideline Analyst Erin Andrews was at the TCO Performance Center in advance of covering Thursday’s game between the Vikings and Redskins, and she talked with Vikings.com’s Wobby about Thursday’s Vikings-Redskins matchup, her feature on RB Dalvin Cook which will air prior to the game on FOX, and more.

Filtered by the Fan: Who will step up most in Adam Thielen’s absence.

Matthew Coller at SkorNorth.com Can turn left: Vikings are producing big on throws with Cousins on the move.

Support the Washington Nationals to piss Dan Snyder off!

We come to today’s media selection: The Minneapolis Miracle
(shoutout to Case for the throw)

Again, we all know the rules, but in case someone is new:
-No discussion of politics or religion
-No feeding of the trolls
-Leave the gender hatred at the door
-Keep the bad language to a minimum (using the spoiler tags, if you must)
-Speaking of which, if discussing a newer show or movie, please use spoiler tags
-No pictures that could get someone fired or in serious trouble with their employer
-If you can’t disagree in a civil manner, feel free to go away
-While navigating the open thread, just assume it’s sarcasm.
With that, the beer light is on and the bar is open. Belly up & tie one on. Don’t forget to tip your waiter, acknowledge old friends and Welcome Aboard!