There’s so much excitement surrounding a healthy Adam Thielen playing across from Justin Jefferson that K.J. Osborn has slipped through the cracks as a difference-maker for the Minnesota Vikings.

The third-year receiver took a second-year leap with 50 receptions for 655 yards and seven touchdowns last season. So he’ll be looking to make the jump to the moon in 2022.

During an appearance on the All Things Covered podcast, Vikings star cornerback Patrick Peterson even went as far as calling him a “1,000-yard guy.”

“I think K.J. Osborn will have a really good year this year. I honestly think he could be a 1,000-yard guy,” said Peterson.

That’s a huge vote of confidence from an eight-time Pro Bowler that knows a thing or two about elite receivers.

Osborn exploded when the team needed him most last season under Mike Zimmer, and it only makes sense that he could play an even bigger role in coach Kevin O’Connell’s offense.

He’ll definitely see a lot of great matchup opportunities with so many other offensive weapons opposing defenses have to account for on the field, including All-Pro wideout Justin Jefferson.

The youth movement is in full swing for the Vikings at receiver. Thielen has meant a great deal to the organization, but he’s also turning 32 years old in August. Along with Jefferson, it’s time for the team to start looking to guys like Osborn and Ihmir Smith-Marsette to carry that torch into the future.

In the meantime, Osborn will keep his focus on torching opposing defenses and potentially proving Peterson right. 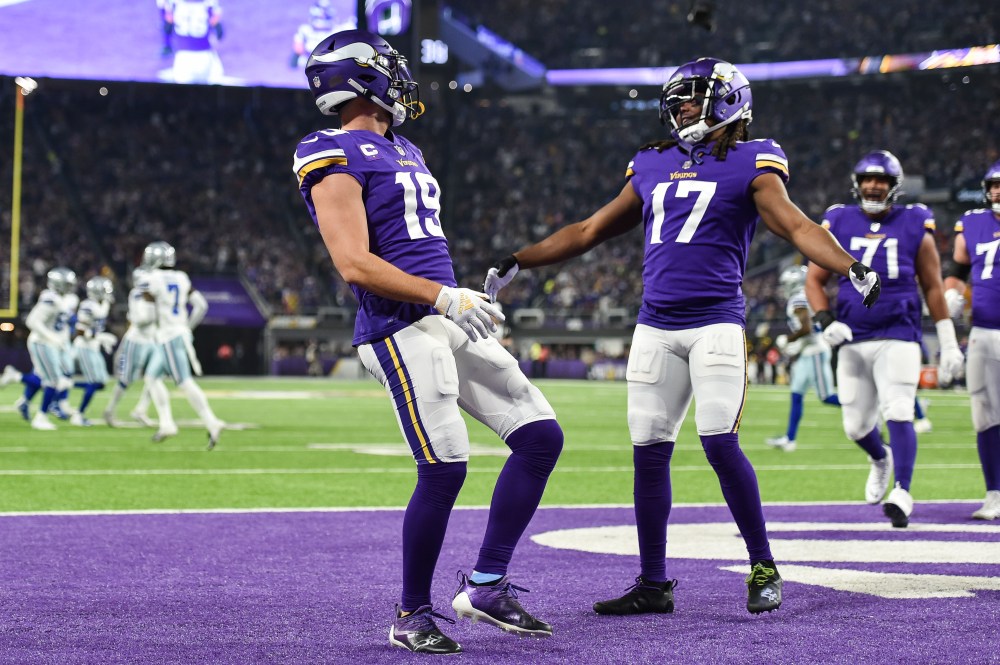