Minnesota shored up a lot of holes on its roster this offseason. The Vikings did have one spot on the defense that’s a bit of a question mark, though.

Minnesota still does not have a stellar edge rusher to complement Danielle Hunter. Barring a trade, it seems as though the Vikings will have to head into 2021 with that being the case.

The Ravens signed Justin Houston to a one-year deal. With Houston off the market, there are not really any starting-caliber edge rushers left unsigned.

There is arguably one exception to that in Everson Griffen, but Griffen’s years as a mainstay starter may be behind him at this point. And according to Pioneer Press’ Charley Walters, Griffen reuniting with the Vikings is not going to happen.

So now the team will likely have to utilize what it currently has on the edge rusher depth chart. As reported by Courtney Cronin of ESPN, DE Stephen Weatherly was taking most of the 11-on-11 reps opposite Hunter. It will probably be Weatherly, D.J. Wonnum, Patrick Jones II or Janarius Robinson starting on that edge spot.

There is also a possibility the Vikings go with a 3-4 next year, which would open the defense up to different personnel decisions. 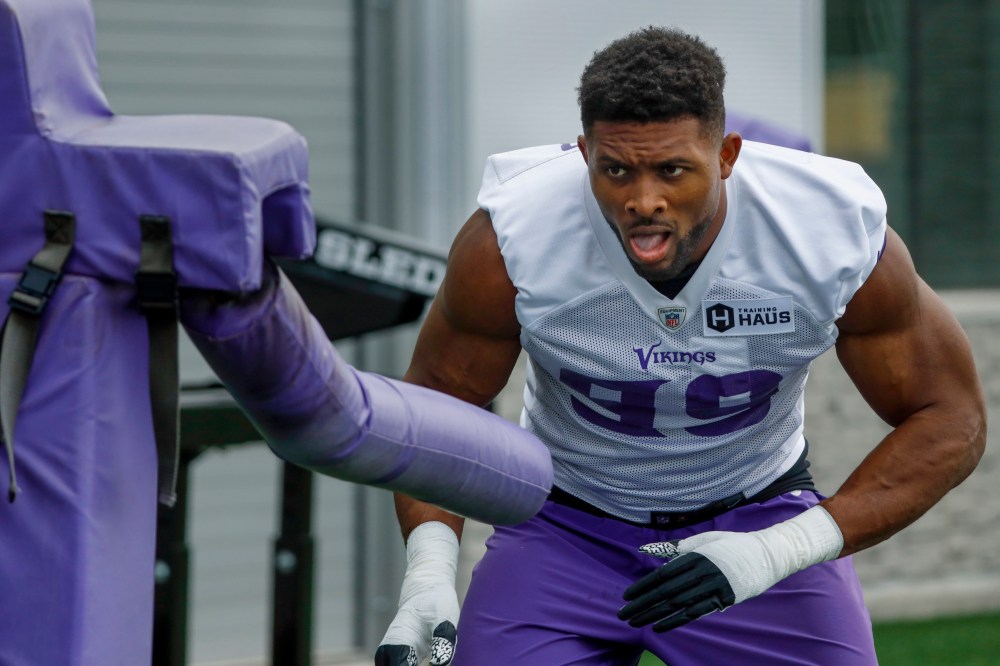