The Vikings never make it easy on themselves but the red zone defense comes up huge all game by allowing only one touchdown on six appearances in a 27-22 victory over the New York Jets.

The game started off with a bang, as Harrison Smith intercepted Mike White on the third play from scrimmage. The Vikings went three and out but got a field goal to go up 3-0.

The Jets responded with a field goal of their own but in the second quarter, the Vikings took over with two rushing touchdowns. They did allow the Jets to get a last-second field goal from 60 yards out by Greg Zuerlein.

Zuerlein was excellent throughout the day hitting all five of his field goal attempts, nearly single-handedly keeping the Jets in the game until the offense kicked into high gear in the fourth quarter.

Once the third quarter started, the Jets’ defense took over. They allowed only one score in the second half and that was a touchdown to Justin Jefferson on a really well run out route.

Vikings quarterback Kirk Cousins has been off all game. Early on, he was not in-sync with his receivers throwing multiple corner routes when his receivers were running out routes. He was beaten up throughout the day with multiple hits and sacks which disrupted the timing of the offense. He completed 21-35 for 171 yards and a touchdown.

White was very good all game. After an unfortunate interception early, White settled in and played a composed game. He finished 31-57 for 369 yards and two interceptions.

The key play of the game was on fourth down inside the five-yard line with the Jets down by five points. Braxton Berrios ran a quick choice route and the ball was thrown only where he could get it but he couldn’t quite bring it in as the Vikings figure out a way to win the game with a Cam Bynum interception on the final drive.

Up next for the Vikings are a much-improved Detroit Lions team next Sunday in Detroit. 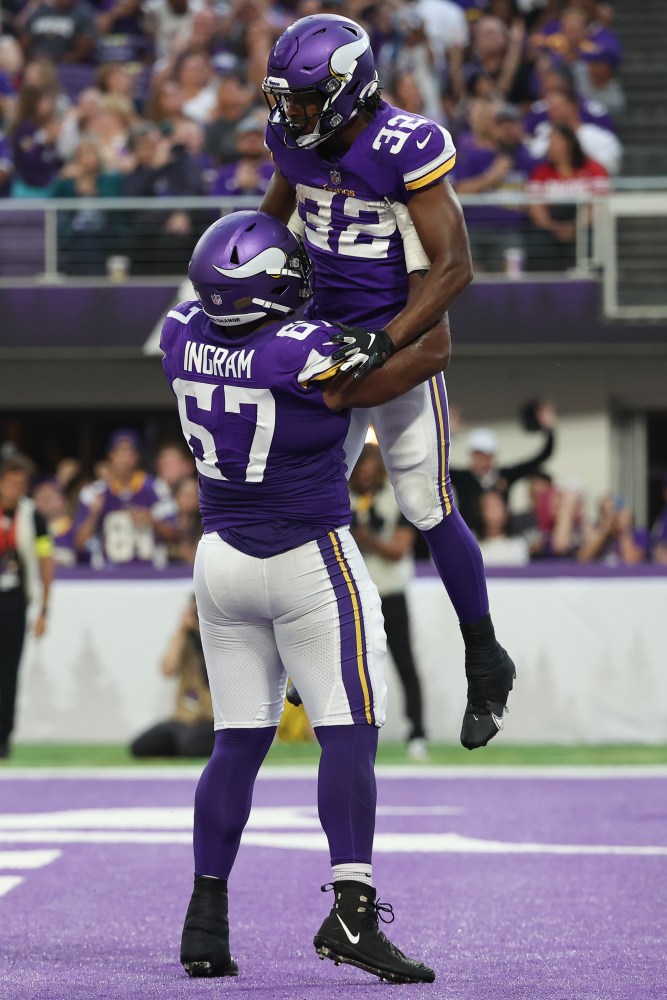