The Vikings have released 2020 first-round pick Jeff Gladney, per a club announcement. This comes after the cornerback’s Tuesday morning indictment on a felony domestic violence charge. 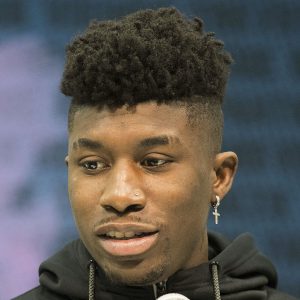 “Following our review of today’s indictment against Jeff Gladney, we have decided to release Jeff immediately,” the Vikings said in a statement. “As we have previously said, we take these matters very seriously and condemn all forms of domestic violence. Due to the ongoing legal nature of this matter, we are unable to provide further comment.”

Gladney’s girlfriend alleges the 24-year-old corner struck her with closed fists during an argument in April. The accuser told police that Gladney punched her in her stomach, ribs and back. She also alleges that Gladney strangled her and dragged her across the ground.

The Vikings selected Gladney at No. 31 overall in 2020. He started in 15 games last year, notching 81 tackles and forced a fumble. He was not a participant in this year’s offseason program, however.

Per league rules, Gladney will be available on the waiver wire, though he’s not expected to be claimed.