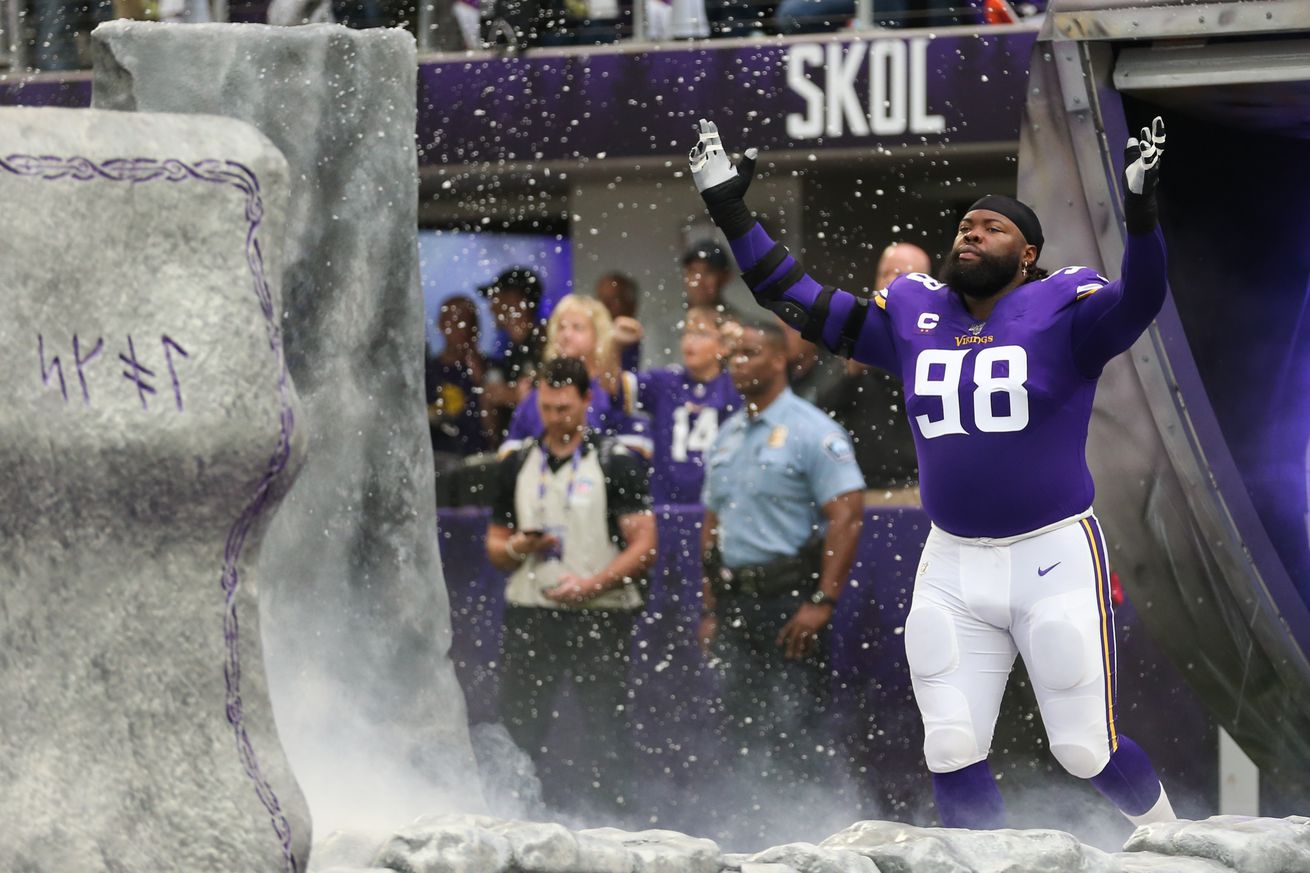 The Minnesota Vikings released their final injury report in advance of Sunday Night’s game against the Fightin’ Jerrys of Dallas, and it’s probably the most significant list yet this season:

Thielen being out is no surprise, and to be honest I wouldn’t expect to see him until after the bye, to give his hamstring time to heal. No word on if the Vikings will activate Josh Doctson yet, so for now assuming that doesn’t happen, look for some more Bisi Johnson and Laquon Treadwell. If Doctson is added to the 53 man roster, I think he can be a sneaky good WR addition for the second half of the season, so stay tuned.

Joseph’s injury sort of popped up out of nowhere, however, and the Vikings wouldn’t comment more on it other than to say he was out for Sunday’s game. He went from seemingly good to go to out in about 24 hours, so I’ll be interested to see what the rotation is the Vikes use to try and stop Dallas from running inside. I’m thinking Jaleel Johnson, maybe, and I would imagine we’ll finally see one of Hercules Mata’afa or Jalyn Holmes active.

Make no mistake, though, Joseph out for the Vikings is a huge loss. He is a run stopper, and the rest of the defense will need to play mistake-free football to slow down Ezekiel Elliott.

Whether or not Waynes can go could be a big deal, too. I would assume Mike Hughes would step into Waynes’ spot, and Hughes has played better with each week. That’s still a concern, but the news about Joseph not being able to play is the biggest bit of info for today.