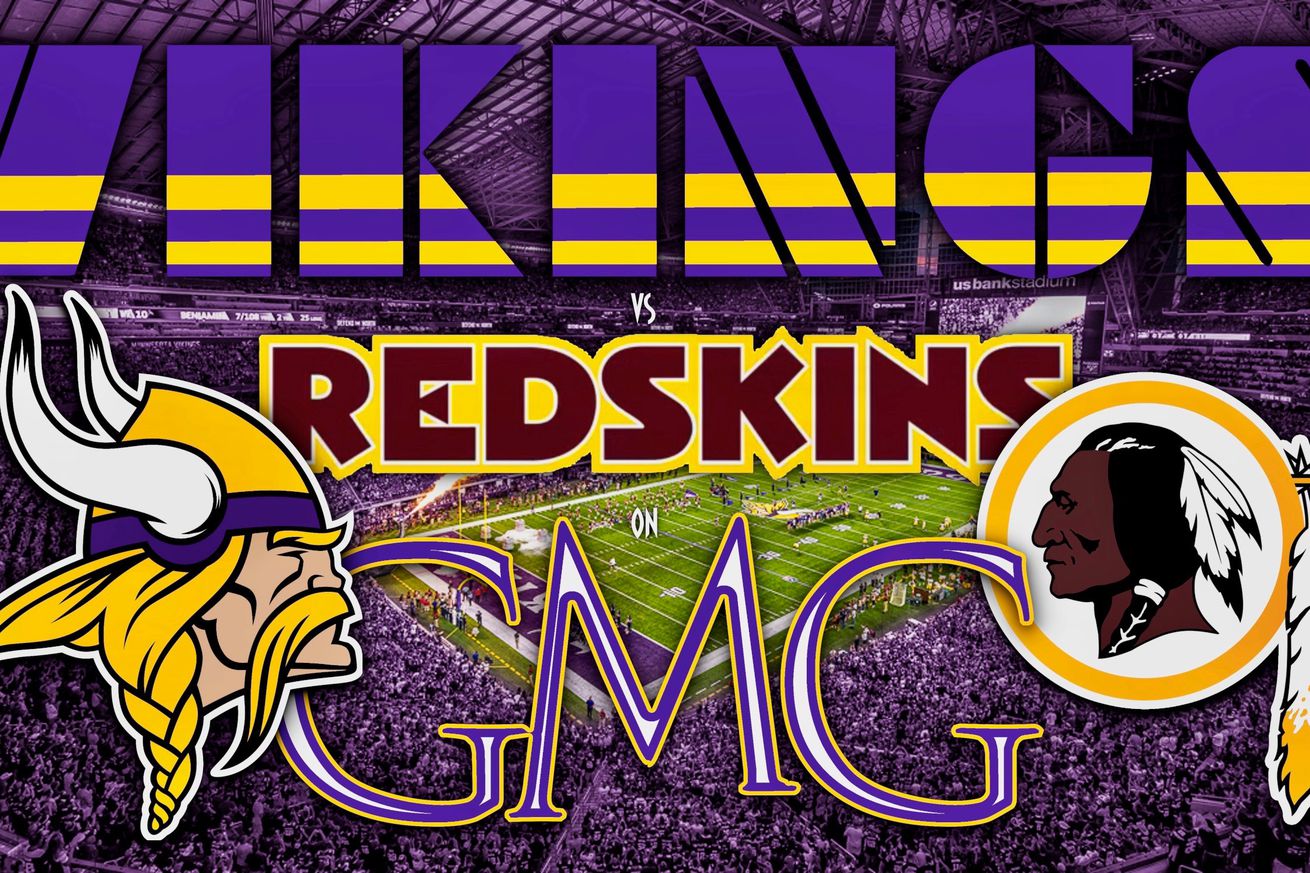 Your Minnesota Vikings will be taking on the Washington Redskins on Thursday Night Football and the Good Morning Gjallarhorn gang break down the storylines and get you ready. SKOL!

Vikings vs Redskins… Good morning Horners! Looking ahead to tonight’s game, the guys break down some of the most intriguing storylines. As the Washington Redskins come into US Bank Stadium to take on your Minnesota Vikings, there is the former team motivation of Kirk Cousins, Case Keenum and Adrian Peterson, the Mike Zimmer being upset with his defensive play but loving the offense, and that lurking hangover of last season’s Buffalo Bills trap game results. None of us want to see that and Ted explains why we won’t, even if Adam Thielen is resting and not playing.

On this short week, the team with the best talent usually wins and that means the Vikings. Drew goes over the numbers to back this up too. The narrative is that the Vikes should win easily but will good or bad Kirk show up? It’s a prime time game and he will be amped. He has a history of streaky play, so will this start a marked decline? Even with a win, the detractors will say it isn’t against a good team. Not to worry, the next two against the Kansas City Chiefs and Dallas Cowboys with on the road will be that test. Does this season feel different to you?

Drew brings his Vikings vs Redskins trivia. There is a lot of golden information and memories from the 1976 Conference Championship to the 2017 game in FedEx Field where the same two quarterbacks battled previously. Then stay for the Ted Glover story at the end. You’ll like that deal!

We hope you have a great evening, enjoy good friends, good food and good beverages, and as always, GO VIKINGS!

As always, enjoy the watch and listen!

BREAKING NEWS!!! The Daily Norseman and the Climbing The Pocket Network have joined forces to create a one-stop-shop for Vikings podcasts delivered to your eardrums daily. This collection of shows promises to deliver the top independent voices covering the Vikings from every angle.

You can follow GMG hosts Dave at @Luft_Krigare and Ted at @purplebuckeye. Unfortunately, Drew is behind the power curve and doesn’t have a Twitter handle… yet.