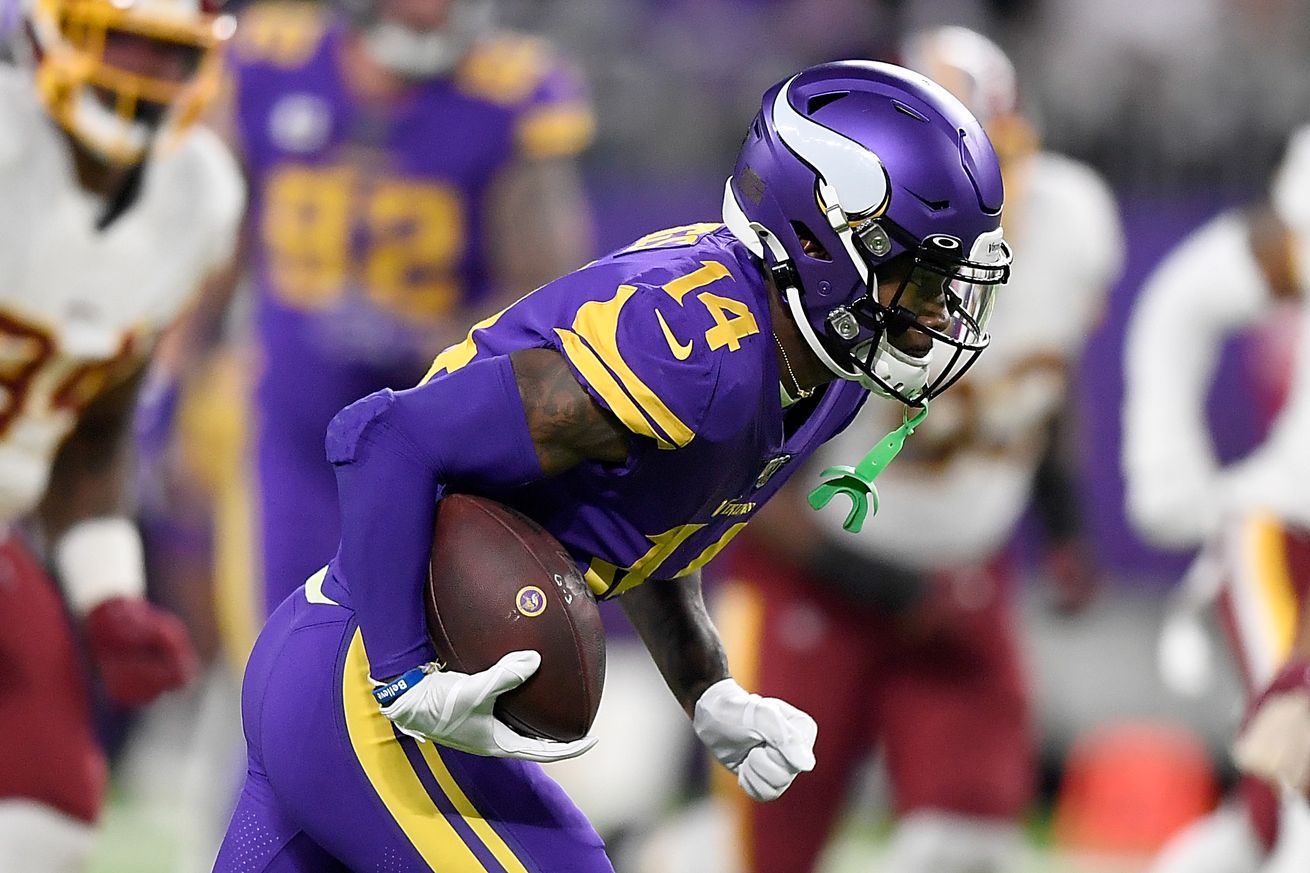 Minnesota leads by a touchdown at the half

We’ve reached halftime at U.S. Bank Stadium, and though it’s been a bit on the ugly side, the Minnesota Vikings lead the Washington Redskins by a score of 13-6.

Minnesota had a 3-0 lead going into the second quarter, but Washington started with the ball deep in Minnesota territory at the 21-yard line. The Redskins then got a pass interference call against Xavier Rhodes to move the ball down to the 2-yard line for a first-and-goal. The Vikings’ defense held, though, and Washington settled for a 21-yard field goal from Dustin Hopkins to even the score at 3-3.

The Vikings put together a nice drive on their next possession, and they got themselves to a first-and-goal from the Washington 10. After that, Kirk Cousins was sacked twice in three plays, and the Vikings had to settle for a second Dan Bailey field goal attempt. He was good from 29 yards out, and Minnesota took the lead back at 6-3.

Minnesota finally put the ball into the end zone at the end of the half. They marched 75 yards in seven plays, capping things off with a 4-yard run from Dalvin Cook to make it 13-6 going into the locker room.

It’s been a very fast half of football. Neither team punted, each team has one turnover, and we’re through the first half in about an hour and fifteen minutes.

Statistically, Kirk Cousins is having a heck of a night for the Vikings so far. He’s completed 12-of-13 passes for 173 yards, and he’s led three scoring drives thus far. The big weapon, as you’d expect, has been Dalvin Cook, who has caught five of those passes for 73 yards. Stefon Diggs has three catches for 70 yards, but had a fumble on the Vikings’ first possession to end a potential scoring drive. Olabisi Johnson has a 16-yard catch, Kyle Rudolph has a pair of grabs for 13 yards, and Laquon Treadwell has one catch for one yard.

Cook has done alright on the ground as well, picking up 35 yards and a touchdown on eight carries. Alexander Mattison has 15 yards on four carries, and Cousins has a two-yard scramble.

We’re at halftime, and though it hasn’t gone quite the way many of us had expected, the Vikings still lead the Redskins by a score of 13-6. Come on in and join us for the second half of play!