The man with the golden leg is at it again.

Minnesota Vikings kicker Greg Joseph has seemingly been automatic from ridiculous distances in training camp. It doesn’t matter if it’s from 50-plus yards, 55-plus yards or even 60 yards.

If you put a goalpost in front of Joseph right now, there’s a good chance he’s going to kick it through the uprights.

“There’s a confidence level that you feel from (Joseph) right now,” Vikings head coach Kevin O’Connell said recently, via the Pioneer Press’ Chris Tomasson. “Some of our special-teams coaches, when he’s kicking, they don’t want to look at him. they don’t want to talk to him, because he’s kind of in the zone right now. I kind of go the opposite way. So I talk to him and I look at him and I’m trying to get in his head as much as possible.”

O’Connell talking doesn’t appear to be fazing Joseph one bit. Just look at the 60-yard beauty he kicked at practice on Thursday.

Things got rocky for Joseph last season before he started settling in during the latter-half. The Vikings are hopeful he stays hot heading into the season-opener. Perhaps the team can finally end the kicking curse.

Right now, Joseph looks like he could make it from 4th-and-forever. 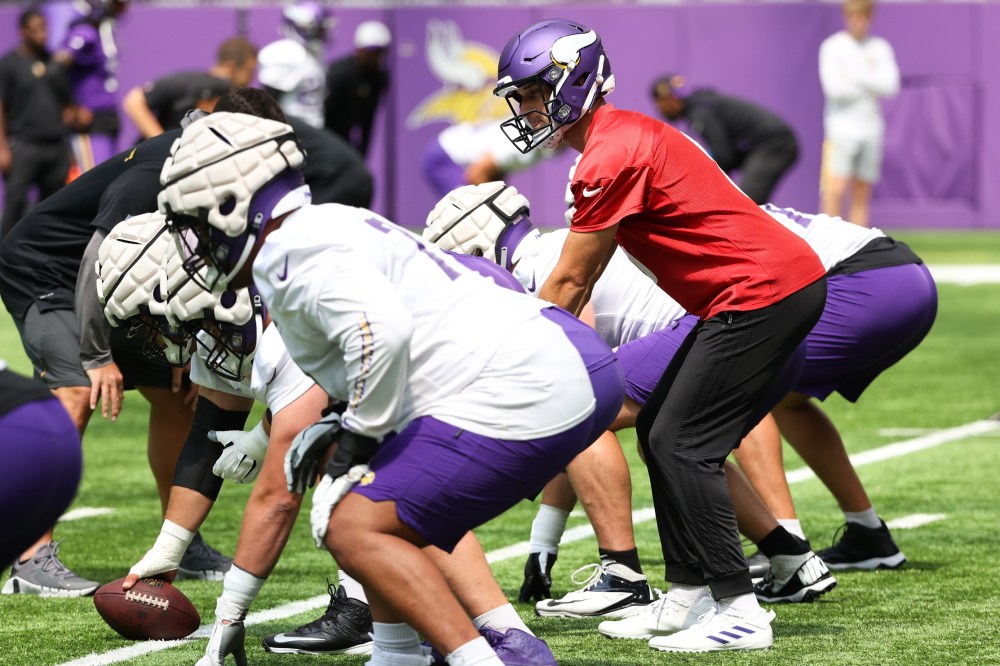