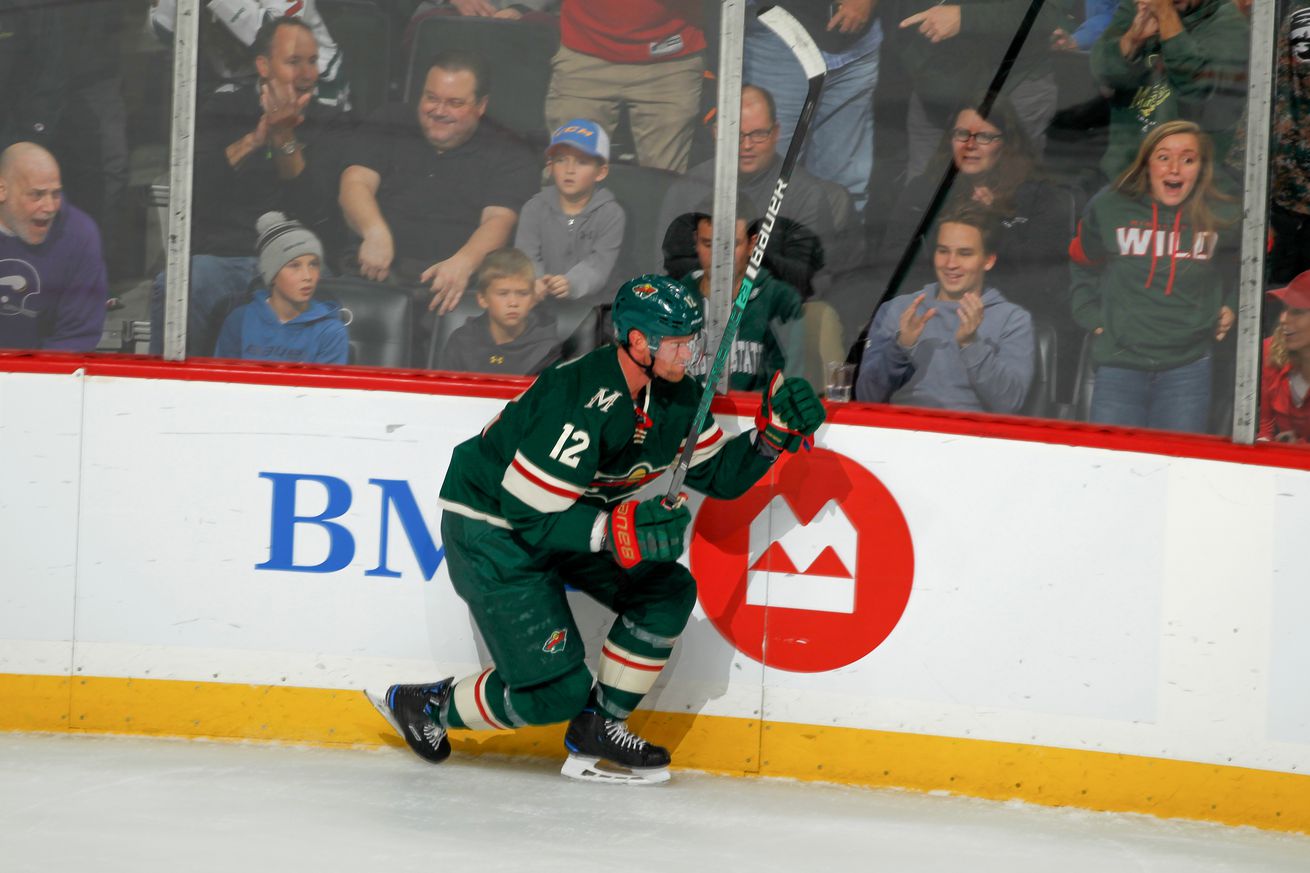 – The Wild are running rampant, folks! Two games, two wins. Not even Connor McDavid and Leon Draisaitl could slow down the well-oiled machine that is the Minnesota Wild, powered by the one, the only, Eric Staal. [Hockey Wilderness]

– Winning is obviously fun. You know what isn’t fun? Players being placed on injured reserve. That, folks, is actually the exact opposite of fun. [Hockey Wilderness]

– If you’ve ever seen Matt Dumba’s tattoos, you may wonder what inspired him to get inked. His back piece serves as a beautiful memorial for an old friend gone far too soon, and now Dumba is taking the extra step to support mental health awareness. [NHL]

– Speaking of which, look at Dumba just being an overall gem.

– How did Sergei Bobrovsky get Frank Vatrano to relinquish No. 72? Wine, a watch and McDonald’s. [NHL]

– The Coyotes are actually looking quite good to start the season. Are other teams underestimating them? [Five For Howling]

– Could Cole Perfetti be the next Patrick Kane? It’s honestly not that much of a stretch. [The Hockey News]

– It’s not very every day that you see an NHL player unhappy about scoring a goal. But, alas, meet Michael Raffl.

“Only wants credit for one.”